Top Ten Tuesdays: Bookish Characters I Want to Name My Next Cat After

Many of you probably know that I already have a cat named after a bookish character. My cat is named Eponine after the character in Les Miserables. I named her that because she is a street cat who never got much love before and is a little needy because of that. But also I love the musical and found myself singing On My Own and A Little Fall of Rain to her. You know, as one does. But there are so man other bookish names for a cat. Here are some that I have considered.

1.) Sansa Stark
from A Song of Ice and Fire by George R.R. Martin
I am obsessed with Sansa, the Queen in the North, and have been since I read book 2 of A Song of Ice and Fire. I would love to get a ginger cat and name it Sansa. Then people would be all "why's you name your cat Sansa, she sucks" and I could tell them why they are wrong.

2.) Vin
from the Mistborn series by Brandon Sanderson
Not only is Vin one of my all-time favorite characters but she is also a really amazing and kickass character who tends to do cat-like things like jumping around the city, attacking people, and wielding swords three times her weight. What? Cats don't do that? Huh.

3.) Abraxos
from the Throne of Glass series by Sarah J. Maas
I just adore the wyvern of Manon Blackbeak. I mean that would be a great cat name too (shout out to Becca for naming her dog Manon) but I think it would be so perfect to name your cat after a wyvern who likes smelling flowers and killing equally.

4.) Adelina Amouteru
from The Young Elites series by Marie Lu
I just finished The Midnight Star and *weeps for days* now I absolutely want to name a cat after Adelina. Not only do I adore her as a character but that would be the perfect name for a white cat what with Adelina's white hair.

5.) Beth March
from Little Women by Louisa May Alcott
I mean Little Women is one of my all-time favorote books and I love Beth so much. She's so sweet and kind and gone before her time and *bursts into tears just thinking about it.* I feel like I should honor Beth's memory by naming my cat after her. She did love kittens afterall.

6.) Auri
from the Kingkiller Chronicle by Patrick Rothfuss
Seriously, Auri is one of the most interesting and intriguing characters I have ever read about. And like a lot of the characters on this list she tends to be hidden in the shadows. Plus Auri has the cat-like behavior of hiding from people she doesn't know or like 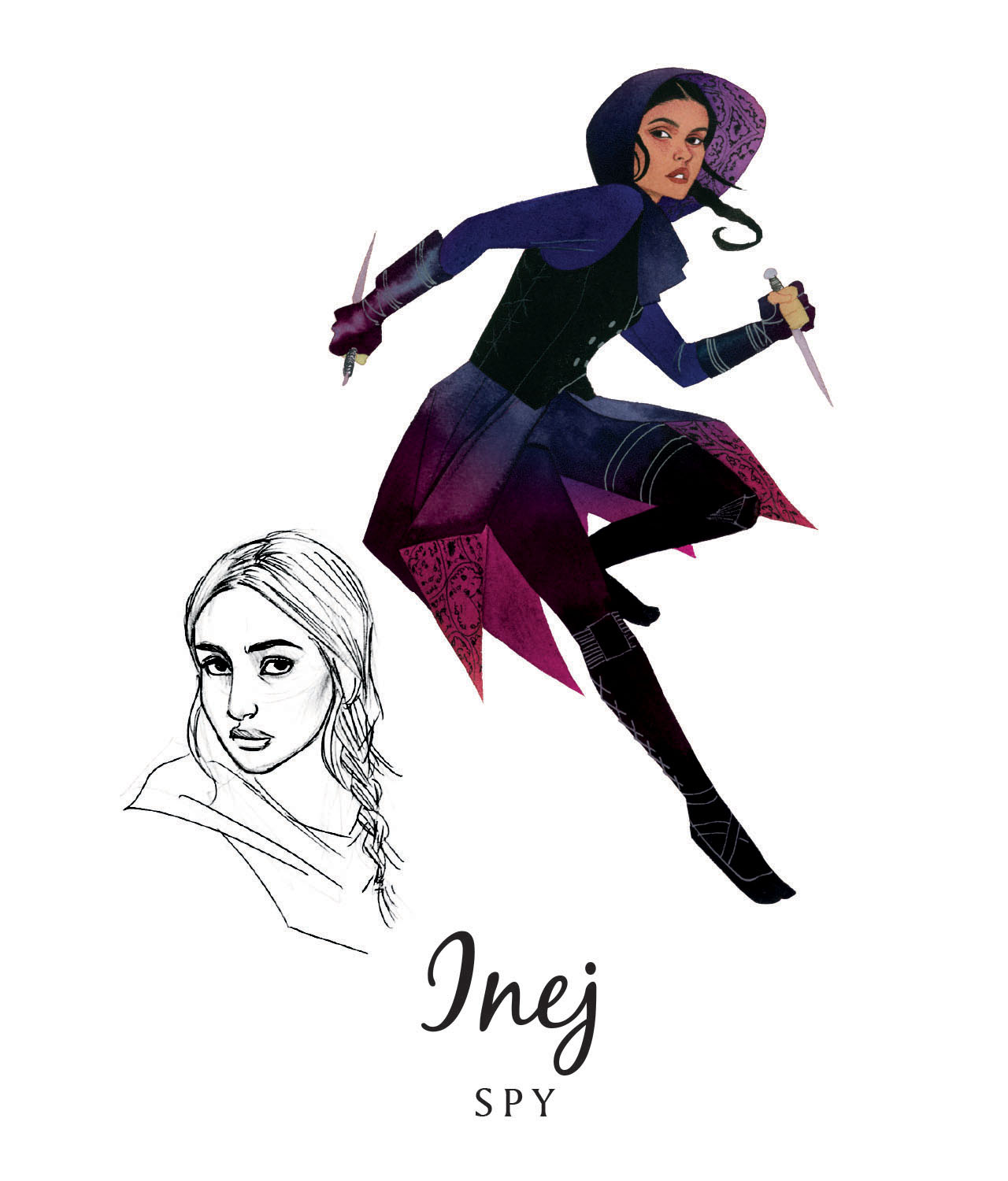 7.) Inej Ghafa
from The Dregs series by Leigh Bardugo
Inej is the "Spider" of this gang and can frequently be found skulking in the shadows and climbing high things that she should not be able to climb. If that doesn't scream the perfect name for a cat I don't know what does. Plus I freaking love her.

8.) Luna Lovegood
from the Harry Potter series by J.K. Rowling
I mean I can think of a ton of Harry Potter characters that I would want to name an animal after. Many of them have names that end in Weasley (or just Weasley) but I think my first choice would probably be Luna. She is not only one of my favorite characters in the series but feels deserving of a cat named after her.

9.) Iko
from the Lunar Chronicles by Marissa Meyer
So basically I want to name many of my cats after my favorite sidekicks and Iko definitely tops that list. She is fun and up for adventure as well as fiercely loyal to Cinder. Plus she's just a great character and I'd name a cat after her.

10.) Kamala
from The Star-Touched Queen by Roshani Chokshi
Naming your cat after a man-eating demon horse is a pretty amazing choice. Also added bonus, a cat named this could also be named after Kamala Khan who is totally kickass as the current Ms. Marvel so doubly amazing. 11.) Pantalaimon
from the His Dark Materials trilogy by Phillip Pullman
Okay so the most obvious reason for naming a cat after Lyra's daemon is that I could pretend I have a daemon, which obviously I want. But it's also a really fantastic name. Although I think naming a cat after Iorek Byrnison would be just as amazing.

12.) Verity
from Code Name Verity by Elizabeth Wein
Okay so this is not a real name but a call  sign for one of the main characters in this book. But I love this book so much and the character and then I could say things like "kiss me Hardy" and "fly the plane Maddie" to this cat and then weep.

There you have it. The twelve bookish characters I would name my next after. What characters would you name your pet after? Leave me a comment with your thoughts. Thanks for stopping by and HAPPY READING!
Posted by My Thoughts.... Literally! at 8:30 AM