Top Ten Tuesday: Favorite Teachers for Back to School Freebie

A weekly meme hosted by That Artsy Reader Girl

1.) Remus Lupin in the Harry Potter series by J.K. Rowling
In a series of amazing teachers, Lupin might be my favorite. I think the thing that I love about Lupin is that he's just a genuinely kind person. He wants to help his students learn but also be good people and that's a great teacher.

2.) Wolfe in the Great Library series by Rachel Caine
Wolfe is the antithesis of Lupin but in the best possible way. He's a very reluctant teacher. In fact the Library forced him to be a teacher as a punishment but he made the most of it. He started out really gruff and rude but had amazing development which is why I love him. 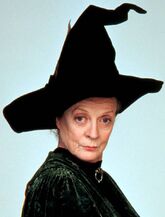 3.) Minerva McGonagall in the Harry Potter series by J.K. Rowling
Yeah, I know there are two Harry Potter teachers, but I don't care because both Lupin and McGonagall are amazing in different ways. McGonagall is much more sassy (which I love) but she's also super caring.

4.) Jo March in Little Women by Louisa May Alcott
So Little Women is my favorite book and Jo March is one of the main reasons why. She's an amazing character and I think any bookish middle child can relate to Jo. But reading Little Men and Jo's Boys made me understand just how good a teacher Jo is, which is why she makes this list.

5.) Miss Honey in Matilda by Roald Dahl
This is probably not a surprise to anyone because I'm pretty sure everyone loves Miss Honey. She is the sweetest, kindest, most caring teacher who I think ever existed in literature.

6.) Miss Frizzle in The Magic School Bus
I'm kind of cheating here because I know Miss Frizzle mostly as the TV character but I know that it was a book first. But seriously, Miss Frizzle is amazing and I wanted her to be my teacher.

7.) Sazed in the Mistborn Trilogy by Brandon Sanderson
So the thing about Saze is that he's not really a traditional teacher. He's a guide and a person who holds and shares knowledge. But being that those are his aims he becomes a teacher. Plus Sazed is just such a great character.

8.) Prof in The Reckoners trilogy by Brandon Sanderson
So the thing about Prof is that during the actual series he's not really a teacher. He's a former teacher who is the leader of the group. But he's such a col character with amazing development and for that reason I have to include him on this list.

10.) Professor Wadsworth in Stalking Jack the Ripper by Kerri Maniscalso
The thing about Professor Wadworth is that he's so subtly progressive. His niece wants to be a forensic investigator and learn how to do autopsies and he's like "sure, yeah, totally, I'll teach you" even though it was totally a big deal in Victorian England.

There you have it, my favorite teachers in literature. What teachers would have made your lists? Leave me a comment with your thoughts. Thanks for stopping by and HAPPY READING!
Posted by My Thoughts.... Literally! at 8:00 AM