This book as been in my TBR pile for nearly three years, ever since I finished reading The Magicians [My Review]. As soon as I started reading it I realized why I not only hate waiting too long between books in a series, but why I prefer to binge read a series. I started reading and realized that I had forgotten practically every detail about the first book. It took me about fifty pages to get acclimated and remember the many cast of characters.

What I did remember was how whiny Quentin is, and when this book starts out he's no different. It takes quite a lot to satisfy the eternal pessimist in him. Even getting his heart's desire of becoming a king of Fillory, the magical land he was obsessed with, doesn't do the trick. He's still restless and longs for an adventure (yeah, Quentin, because the last adventure worked out so well for you). So he commissions a ship and embarks on a tedious errand that turns into a quest for "The Key That Winds the World," thinking that will give him some pleasure. He very easily finds the key but when he starts to use it, it takes everything away from him and he ends up back in the real world. So he's forced to go on a different adventure, this one to get back to Fillory.

The story takes a very different tone than the first book. It's more of an epic quest kind of story. The characters travel throughout not only Fillory but our world, and the Nietherlands as well. They encounter some old characters and make new friends that help them along the way including (spoiler alert) a dragon. It still pulls from recognizable fantasy classics and turns them on it's head but instead of Harry Potter we get a lot more of the sweeping adventure stories in the fantasy genre like Lord of the Rings, The Hobbit, A Wrinkle in Time, Wizard of Oz, and even a Dr. Who reference (Quentin's a Time Lord). Of course it also pulls quite a bit from the Chronicles of Narnia.

But in it's heart The Magician's King is a Hero's Journey. Quentin must figure out what it means to be a hero and find the strength within himself. He must go on an epic adventure to save what he holds dear and it will completely change him in the process. He has to give up what he holds most dear. This book is quite a reality check for Quentin. 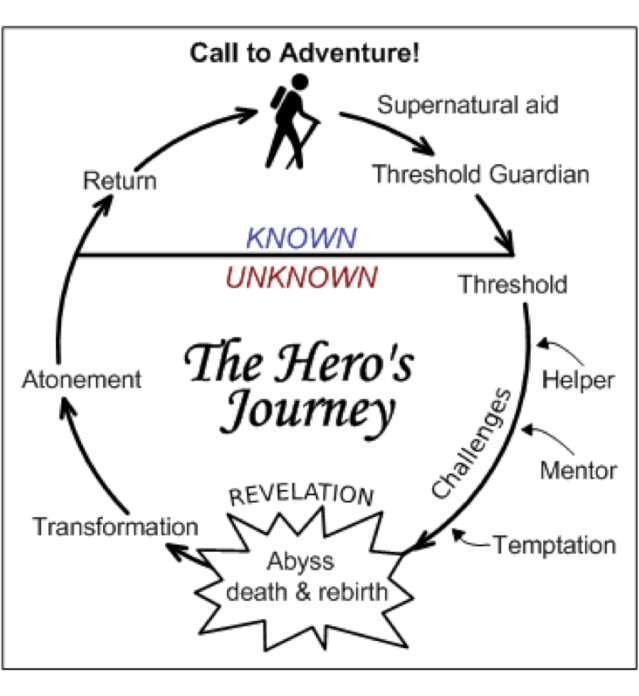 Quentin is of course not alone on this mission. On his Fillorian adventure he surrounds himself with a cast of characters just as miserable and depressed as he is, including a teenage boy he sees himself in. Also along for the ride is Julia, his oldest friend who failed the Brakebills entrance exam but wouldn't give up on magic. She becomes a hedge witch and when they end up back in the real world Quentin has to rely on Julia and her magic to get them back.

Julia is arguably the shared protagonist in The Magician King, and if she's not she's definitely the most compelling secondary character. The present-day adventure of trying to get back to Fillory is punctuated by flashbacks of how Julia learned magic. The experience of failing the Brakebills exam basically ruined her life. She was supposed to forget everything, but she couldn't forget. Everything didn't come easy to her like it did Quentin, and she was forced to take matters into her own hands. The others look down on her because she wasn't educated in a fancy school, but deep down they're jealous of her connection to Fillory and are kind of scared her powers. She's even kind of scared of herself. She's undergone a pretty serious transformation since we first met her in The Magicians, and I have to say I like this more badass Julia better, but then again I typically like dark and villainous characters. She's on a similar Hero's Journey but for her it's a journey of power. She needs to learn magic and meets people who are taking it to it's limits for their own game. She get's to a point where she fears they've taken things too far but she can't turn back and like they say in Once Upon A Time, magic comes with a price.

The book also explores the idea of belonging. Quentin always escaped into Fillory when he was a child, he clung to it's loving arms far longer than he should have. But then he learns that magic is real and starts studying to do real magic and finds a place where he thinks he belongs. Eventually he gets bored with it, but Fillory is there for him to escape into again and this time it's for real. But even Fillory can't make him happy. He spends a lot of the book desperately trying to get back to a place that he didn't seem to appreciate anymore (absence makes the heart grow fonder, eh Quentin). Julia meanwhile feels the same way. She thought she belonged at Brakebills and turns to learning magic by any means necessary to get there. Then when she gets to Fillory, where she seems to assimilate easier and better than the others, she's even more depressed than Quentin. Throughout their quest to get back to Fillory Julia keeps repeating the phrase "I can't stay here," no matter where they are she doesn't seem to belong. I found myself wanting to ask her why.

The end of the book takes a complete turn and I'm honestly still processing it. When I wasn't looking I ended up sympathizing with Quentin and wanting him to be rewarded for his heroics. I'm not sure if it was him or I who changed and I didn't even realize it had happened until that final twist.

On the whole this was a great second book in a trilogy. It pulls a lot from the first and makes you want to read the first but it also it's own individual story. The writing was impeccable. I found myself tweeting, marking, and writing down more quotes than I ever have before. The story was interesting and compelling book with larger themes I think everyone can relate to. Definitely read this if you liked the first book. I also recommend this series to anyone who is a big fantasy fan. I give it a 9 out of 10.

If you've read The Magician King, I'd love to hear your thoughts. Leave me a comment and of course... HAPPY READING!
Posted by My Thoughts.... Literally! at 9:40 AM