As you may have noticed I like for my months to be a particular theme. October was Horror, November was Geek, December is Supernatural Christmas. That will not be changing in the new year (for a few months at least). 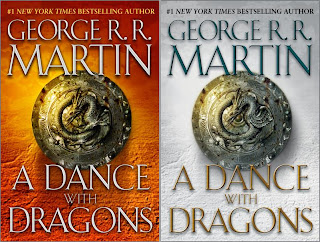 1 & 2.) A Feast for Crows and  A Dance with Dragons by George R.R. Martin
I talk a lot about the Song of Ice and Fire series but I actually haven't finished it yet and I am pretty excited too. Although I hear the next two aren't as good as A Storm of Swords. I've been waiting till I got the Mass Market Paperback for ADWD because these two were meant to be one book so I wanted to read them back to back and read them as they were intended. 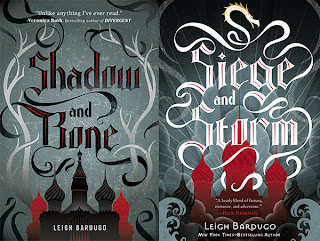 5.) Stardust By Niel Gaiman
It's debatable if this is High Fantasy but I don't care. I haven't read anything by Niel Gaiman and I'm pretty excited about it.

6.) The Portait of a Lady by Henry James
I started this book years ago and never finished it but I'm determined to do that in February.

7.) This is How You Lose Her by Junot Diaz
I read and really like The Brief and Wondrous Life of Oscar Wao. This one looks really similar and has a Milan Kundera type feel too it. It's all about you guessed it lost love.

8.) Beautiful Darkness by Kami Garcia and Margaret Stohl
I read Beautiful Creatures in October and was pleasantly surprised by how much I like it. It wasn't great, it had the usual first book problem of creating more questions than it answered and spending too much time explaining things. I'm planning to finish this series in February because their love story gets complicated. I assume it will end "happily" but at least the path won't be.


And my current reads are both really exciting and make the list!

9.) The Sweet Far Thing by Libba Bray
This series is getting better and better. I'm about 1/3 of the way through it and there was just an insane twist that I did not see coming and that has not happened to me yet in this series. I'm excited to see how it finishes.

10.) Unholy Night by Seth Grahame-Smith
I am not very into this at all but I am loving the story of the Magi given the "Wicked Treatment" as I'm calling it. He makes them murderous thieves and then turns them into ant-heroes. I'm loving it so far.

What are your plans for the winter?
Posted by My Thoughts.... Literally! at 11:35 AM