Two posts in one day... This is something I've never done before!

Ready Player One was an absolutely engrossing story about a group of misfits searching for a hidden egg, that's worth millions, inside a virtual reality video game. It's Charlie and the Chocolate Factory meets TRON.

Part of it's fun comes from the fact that it is chock full of 80's nostalgia. The developer of the game was raised in the 1980's and was so obsessed with the decade that he made it a huge part of his videa game. The egg hunters, or gunters as they are called, have studied the movies, music, television shows, and of course video games of the era like it is a religion. The book is full of basic and obscure references to the decade making me think that Ernest Cline was watching a whole lot of I Heart the 80's on VH1 while he was writing this book, either that or he has just as much love for the decade. I was a child of the 80's so I honestly don't remember much of it but I love the nostalgia. It's such a unique idea and the culture of the 80's fit perfectly within the SciFi near future story that Cline has created. 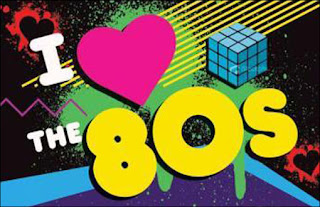 One of the best parts of the book was the characters. Wade, or Parzival, in particular was a perfect narrator for this story. He has a unique and interesting voice and very quickly into reading you start to empathize with him and him to win in the end.  He's kind of snarky and sarcastic at times but it adds to his charm and makes you like him all the more. Wade and many of the other secondary characters like Aech, Art3mis, and Shoto are pretty stereotypical geek tropes but anyone who has ever wanted to escape their own bleak reality can find a little something of themselves in the characters.

The book addresses many of the themes that people today are being faced with as the role of technology grows in our lives. It addresses the complicated issues of online control and censorship by way of the antagonist of the story, a pseudo-government corporation, who is attempting to cheat their way to the egg even intimidating the characters by threatening to reveal their real identities and even trying to kill them. This brings me to another interesting and complicated theme of your online persona versus your real life persona. Online you are able to be whoever you want to be and "exist as only raw personality." Throughout a lot of the story many of the characters are reluctant to reveal who they real are, owing to the fact that they have things about themselves that they are ashamed of. The idea of virtual reality versus actual reality makes this novel compelling and much deeper than it seems. It is particularly interesting if you are developing or cultivating an online persona (I promise I have nothing to hide).

But my favorite theme throughout the book was the coming-of-age dynamic that centered around friendship and relationships. While the characters don't really interact in the real world they have genuine interactions and communications inside the game in the exact same way that real friends interact. Some of their conversations even felt like conversations that I have had before. You get the distinct impression that they have real feelings for each other. They've cultivated these friendships and maybe even a romance without ever seeing each other face-to-face. It's an interesting contrast to the Catfish concept you hear a lot about in pop culture these days and is even a bit of a dichotomy from what they are concerned about in the story.

While the book did have a lot going for it, I felt like it did have some problems. The first issue I had was with the pacing. The plat was generally exciting and interesting but at times there were some serious lulls in the story.. It went from a lot of action to none at all, and it made me want to skip whole chunks of the book. There were entire scenes where I felt like it didn't move the story along at all and just seemed like filler. I think a lot of that was because there was an absurd amount of world-building in this book. I'm generally a fan of a lot of explanation of an interesting and complex world like this one but in the case of Ready Player One it was just overwhelming and actually took away from the plot of the story.

On the whole this was a great story with likable characters you rooted for, interesting, and topical themes, a plot full of action, and tons of fun 80's nostalgia. It's the kind of story that reminds you that dystopia is a subgenre of Science Fiction, and makes me want to read more traditional SciFi books. I listened to the audiobook version of this book which was narrated by Wil Wheaton. He was a phenomenal narrator for this story. He really gave Wade his voice and gave each secondary character a unique sound. He made the story interesting. His role in geekdom and the fact that he started his career in the 80's added a different level entirely to the audiobook.

I recommend Ready Player One to anyone who like SciFi, video games, 80's nostalgia, or stories with geeky characters. If you've read it already let me know your thoughts in the comments section and of course.. HAPPY READING.
Posted by My Thoughts.... Literally! at 2:39 PM