***I received an advanced copy of this book from the publisher via Netgalley for an honest review in return. This fact has not affected my opinion***

When I first saw this book for review on Netgalley I thought, "that's a book I would enjoy." And it certainly did not disappoint. From an interesting and solvable mystery, to a fun and likable cast of characters,

I used to read a lot of mysteries but now it's just one here and there. I sometimes forget how much I love the thrill of the chase, so to speak, with mysteries. The speculation of guilt, the search for clues, the feeling of satisfaction when you get something right. Dear Daughter was the perfect book for that. The clues were there for the taking and so was the speculation. And while everything built to the big reveal of the killer, it was a complex mystery with many smaller pieces that built on one another in a thoughtful and logical way. And yes, I was able to solve things very early on in the book but it didn't lose my interest because it was purely speculative and I enjoyed reading for the clues to back it up.

Or maybe what kept me reading was the characters. I was almost instantly a fan of the main character Jane, maybe because she reminded me so much about Veronica Mars. She's a former celebutante who pokes fun at her contemporaries like Paris Hilton, Lindsay Lohan, and Kim Kardashian. She's a California girl but with a tough shell and snarky attitude. I often found myself laughing at her and her sassy or sarcastic comments. But she's further hardened by the ten years she spent in prison accused of murdering her even more fabulous mother. But the hunt for clues also took her to a small town in South Dakota full of interesting and likable secondary characters. From the small town cop, to his sister who runs the book store, the owner of the towns only hotel, her daughter who wants out of the small town life, and the town's only real criminal, they were all complex and fun to read about. 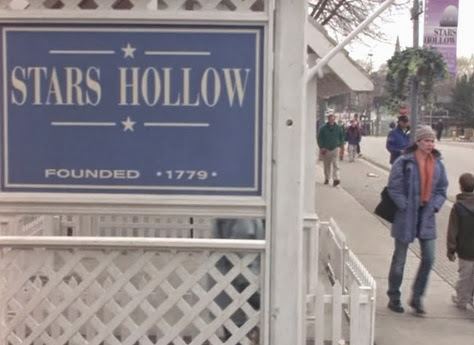 And the town it self was just as mysterious and interesting as it's inhabitants. It had definite Gilmore Girls undertones with it's characters and it's old-fashioned idealism. A former mining community that was hoping to restore it's prominence by focusing on tourism and become a historical site. Jane's visit brought her to town the same time as a local festival that kept her busy with kitchy activities and down-home potlucks. But just like Jane there is more under the surface and it was just as fun and interesting to learn about the town's past than it was to solve this mystery, even though the two went hand in hand.

And despite the fact that I thoroughly enjoyed this book, I would have liked a little more meat to it. It was a quick read and as I said I solved the mystery pretty early in, about 100 pages. I really enjoyed it and was entertained but I didn't have a real emotional connection to the book. And then the ending threw something completely out of left field and took what could have been a really satisfying conclusion and made me frustrated and annoyed. It sort of left things open for a sequel and I'm seriously not a fan of that kind of ending. It's not really a cliffhanger, it's more like standing on the edge of the cliff considering whether you want to turn back or try leaping over the chasm. To me that's not a great way to end a book that was otherwise fantastic.