**** I received an advanced copy of this book from the publisher at BEA and via Netgalley for an honest review in return. This fact has not changed my opinion. ****

When I started reading Neverhome I wasn't entirely sure if I was enjoying it. The synopsis is absolutely right when it mentions the gorgeous prose of this story. The book is beautifully written and I really enjoyed it.  But when the book started winding down I found myself emotionally invested in the conclusion of the story and wishing that it wouldn't end. The ultimate theme with this book is that appearances can be deceiving.

As the synopsis explains, this is a literal part of the book. The main character "Ash" disguises herself as a man so that she can go off to war in place of her husband. This is a common trope in literature and can often lead to "hilarious hijinx ensuing," but not in Neverhome. There were no cross-dressing jokes, no attempts to walk and talk like a man, no moments of almost being found out. If that's what you are expecting with this book you are going to be surprised to find that this is unlike any other story about a woman dressing like a man to fight in a war.

But fortunately, the main character and narrator of this story is like the kind of women in these types of stories. She is determined and strong both mentally and physically but far from perfect. She was an easy heroine to follow on this struggle. It seemed completely natural for her to go off to war and when she did get there she fit right in with the other soldiers. She fit in so well that sometimes I would even forget that the basis for this book is that she was disguised as man. And while at moments she seemed to be unphased by the task at hand, there are other moments that it hits her exactly what she is doing. It is these moments of humanity that make her likable and entertaining to read about. As the book winds down, it is these moments that make you realize you really do want her to succeed and get what she wants in the end. 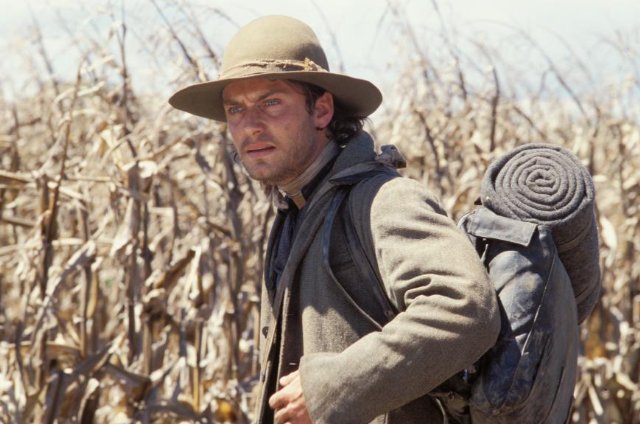 Another surprise about this book is that despite the fact that it is about war, there is very little action and actual bloodshed. Now don't get me wrong, there are many moments of battle with bayonets stabbing people and gunshots hitting there mark, but unlike a lot of books on this subject, the actual battle aspect of war was not the focus of the book. What Laird Hunt does well is establish the mood of war without showing much war. As the reader I felt a sense of uncertainty and anticipation. It was more about marching around, waiting for the action to occur, and training. I usually get annoyed by lack of action but in this book, that seemed to work. The plot wasn't about battles and war, it was about a woman who was going to war in place of her husband. It was a character-driven look on the subject and was much more about the way that war effects the people who are fighting. If you are the kind of person who enjoys war stories for the action then you may be surprised by the lack of battles in this book, but appearances can be deceiving and this seems to be a much more holistic approach on the subject.

But the biggest deceiving appearance of this book is it's size. When you look at Neverhome and it's 250 pages you think it will be a quick read, but it absolutely is not. It is a hefty and dense 250 pages. It is not what I would call a page-turner. It is not the kind of book that you can read in one sitting. But it is the kind of book that you can become completely immersed in without even realizing it. Through the mood and the tone of the story, Laird Hunt forces you to slow down and focus more on the emotional aspects of the story. As the book winds down, the plot starts picking up, and the climax of the story arrives I was incredibly surprised by the twists and turns. It was as if the book lulled me into a false sense of security that things were one way only to find out that things were not what I expected.

This is definitely a book for fans of historical fiction looking for a book about a woman who faces adversity with strength and determination. If you liked Cold Mountain then check out Neverhome.

Have you read Neverhome? Leave me a comment with your thoughts? Thanks for stopping by and HAPPY READING.