**** I received an advanced copy of this book from the publisher and at BEA for an honest review in return. This fact has not affected my opinion of the book ****

You can also check out my BookTube review of the book if you want to hear me ramble about what I loved and watch me make a bunch of emphatic hand gestures!

This book and I have quite a tumultuous past! One of my most anticipated reads of the year, I drop everything to get it at BEA, then I decide to start it a little early and leave it at an event I was at causing me to spiral into a self-loathing reading slump, only to get it back a few days later. I can barely put into words how happy I was to read this book, and how giddy it made me feel while reading.

The series, which was marketed at Harry Potter for grown-ups, is so much more. It can be a little polarizing within the fantasy community because what Grossman does is take well-known moments and tropes from traditional fantasy novels and pokes fun at them. It's very tongue and cheek and gives the books a feel as if it were a satire or parody. But at the same time you can tell that Grossman is coming from a place of love and affection for these classic stories. This series is a must read for fans of the fantasy genre but you will never look at things the same way again.

This is the third and finally book in The Magicians trilogy by Lev Grossman. Check out my review of the first book, The Magicians, and second book, The Magician King, if like me you need a refresher of the series (I should have done a reread). If you haven't read the series, what are you waiting for? Just skip all the way down to the end of this post and enter the fantastic giveaway that the folks at Viking have made possible. (Or enter the rafflecopter here) But tread lightly throughout this review. There are no book 3 spoilers but may (does) contain book 1 or 2 spoilers. 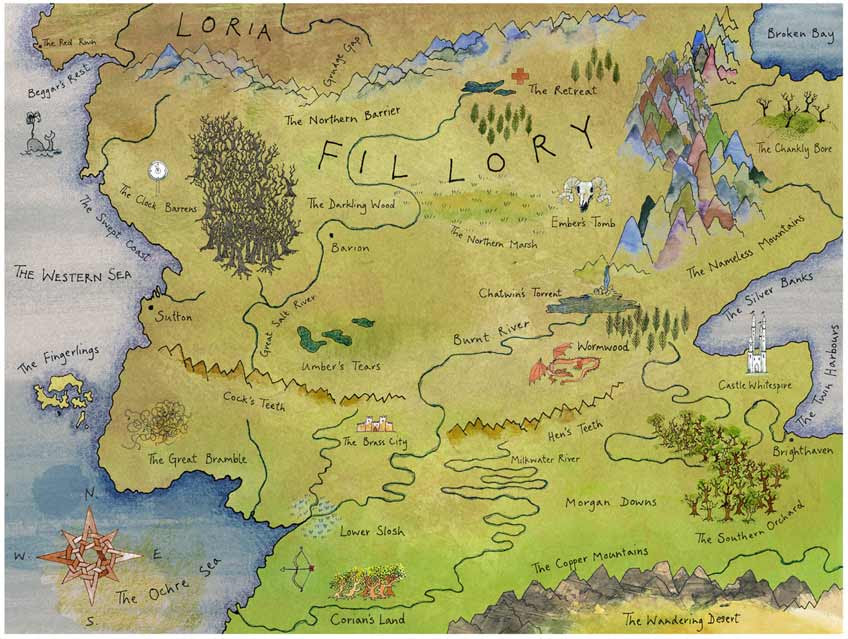 The great thing about this series is that each book takes on a very different classic Fantasy subgenre. The Magician's Land had an Epic Fantasy feel and was extremely reminiscent of The Lord of the Rings. And because this is the last book in the series things really come full circle for Quentin and his friends. It returns the reader to moments, places, and people from as far back as the beginning of the first book and even resolves some unresolved questions from The Magicians. As a fan of the series I couldn't help but squeal with delight when these characters reentered the picture and had their stories resolved. We also got to learn so much more about the mythology of Fillory and their first Kings and Queens, the Chatwins.

But true to form it turned the idea that magic makes everything better on it's head. In this series magic is the cause of and solution to all life's problems (like beer to Homer Simpson). This, more than anything else is what makes this series feel like a parody. It really makes you think about the use of magic in the fantasy novels we know and love. In The Magicians trilogy the magical system is very cool and unique with a clear set of rules, but it is not very fantastical. It's much more analytical and scientific. And unlike a lot of fantasy there are no easy conclusions and things that you think will go well end up going very poorly. This point is extremely evident in The Magician's Land and the characters even ask themselves, more than once, what the purpose of magic is and whether or not their decisions are going to result in anything positive. I read and enjoy a lot of fantasy, but you all know there are a lot of things I don't like. For me the almost self-deprecating manner of looking at magic in this series is amazing, creative, and without a doubt my favorite thing about the world that Lev Grossman has created.

Much of the criticism of this book, besides that it pokes fun at traditional fantasy series, is the characters. The book is full of unlikable characters who tend to spend a lot of time feeling sorry for themselves and never being fulfilled despite the fact that they have everything they ever wanted. This was absolutely the case for our main character Quentin in the first two books, but in this book he is much more sympathetic and likable. The way the last book ended completely wrecked me and I wanted nothing more than to see Quentin succeed in this book. My annoyance with him was replaced with annoyance at other characters but by the end of the book I found myself invested in the success and happiness of every single character, including new characters that quickly become favorites. Maybe they're not very likable, maybe they are extremely whiny and selfish, but because of this they are realistic, relatable, and easy to empathize with.

And because I was so invested in seeing them succeed, this book was full of an incredible range of emotions. It's funny, sad, heart-warming, and dramatic. There were moments where I laughed out loud, moments where I cried, and moments full of action and excitement. What Lev Grossman does a fantastic job with throughout this series is establishing an atmosphere where anything can happen. As you're reading you become so engrossed with the plot development that you are on the edge of your seat waiting to see what happens next. It's an ominous sort of tone where the tension is palpable. It's like when you watch horror movies and the dramatic music comes on. You know something big is about to happen and you're extremely anxious until it does finally happen.

The book not only took me on a roller coaster of emotion, but it also took me on a roller coaster of pacing. Things were very up and down throughout the story. One moment it would be building up to dramatic incident then things would slow down, only to go back up twenty-five pages later. Normally that frustrates me but in this series it works. In The Magicians Land we once again alternated perspectives between Quentin and his continued quest for self-discovery and satisfaction, with the rest of the Physical Kids in Fillory dealing with their own kind of adventure and desire to be heroes. At times I was frustrated when things would switch points of view but they were both so compelling that I would quickly dive into the other storyline.

And despite the fact that the ending felt a little rushed this was an incredibly satisfying final book in a series that is one of my absolute favorites now. Fans of the series will love the direction that this book takes and I hope that like me they will close the page on The Magicians with the same feeling of satisfaction and vindication as I did.

Have you read The Magician's Land? Leave me a comment with you thoughts. And if you haven't read it...

If you are a fan of fantasy, parodies, or even coming of age stories I definitely suggest checking out this series. And to encourage you to do just that I have an amazing giveaway. The generous folks at Viking have donated a finished copy of The Magicians Land for me to giveaway and to sweeten the deal, I will be throwing in paperback copies of the first two books of the series so you can marathon the series and learn to love it as much as I did. Enter the rafflecopter below (US only).


a Rafflecopter giveaway
Posted by My Thoughts.... Literally! at 9:30 AM