Top Ten Tuesday: Zombie Apocalypse/Dystopian Skills Books Have Made Me Want to Learn

1.) Tending to Wounds like Claire in Outlander by Diana Gabaldon
How useful would this be in the zombie apocalypse. I mean obviously if you get bit by a zombie you are done for but like what if you break your arm or cut yourself or accidentaly get shot because you are in the middle of a battle with zombies. I have some basic first aid skills but Claire knows how to heal combat wounds and treat illnesses. That would be so helpful in this situation.

2.) Hunting and Gathering like Kol in Ivory and Bone by Julie Eshbaugh
If I was in the middle of the woods trying to escape from zombies and humans who have become practically feral I would probably not be able to feed myself. Unless I miraculously came across a fruit tree of some kind I think I would be S.O.L. And I definitely don't know how to hunt and trap like the characters in Ivory and Bone 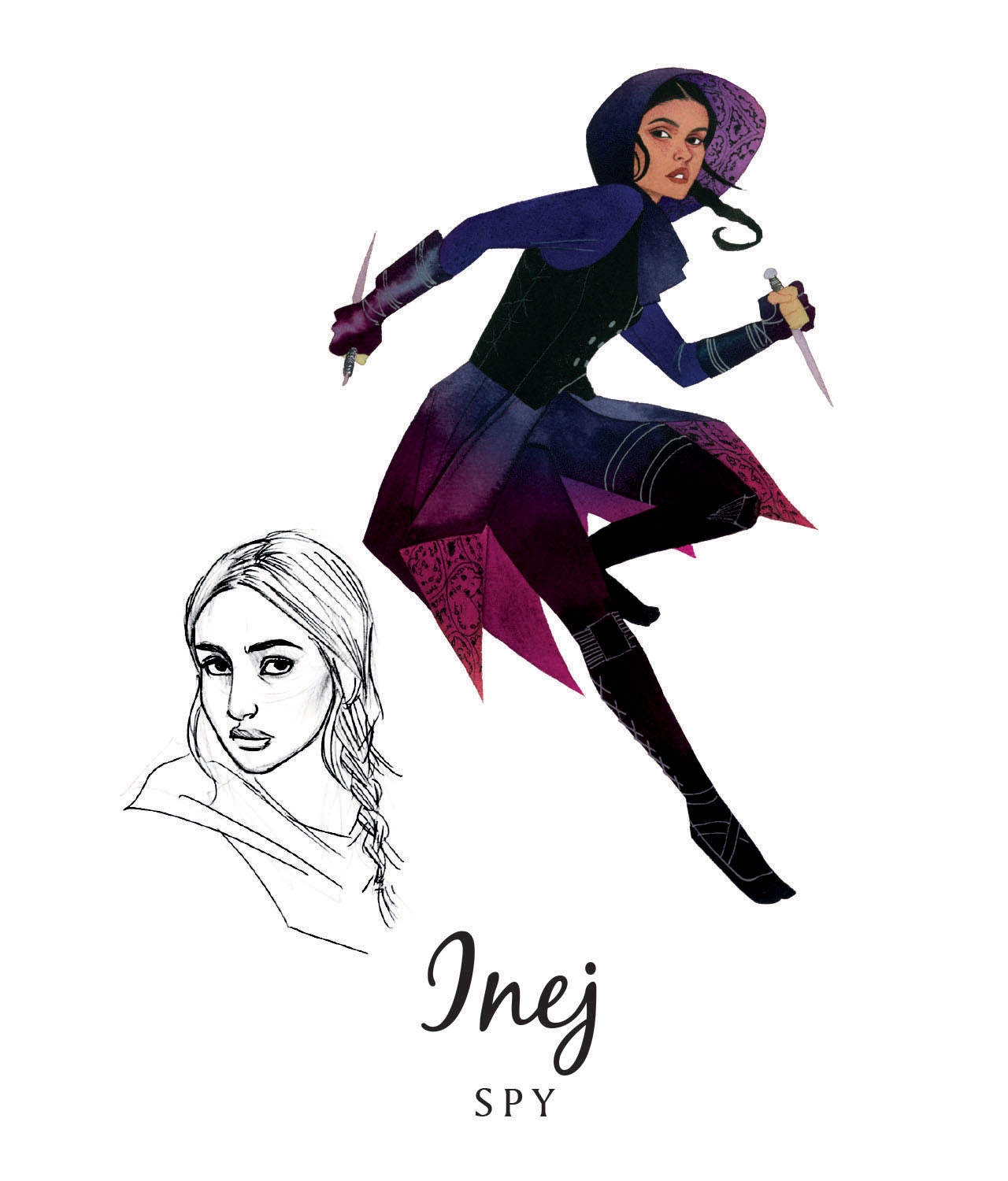 3.) Being Invisible like Cami in the Gallagher Girls series by Ally Carter and Inej in The Dregs by Leigh Bardugo
Cami is a teenage spy know as the Chameleon. She is a pavement artist that can blend in anywhere. She blends in so well that she is practically invisible. Inej, known as The Wraith, is also practically invisible, moving in the shadows and hiding. That sounds useful when trying to escsape from zombies.

4.) Weilding a Sword like Jamie Lannister in A Song of Ice and Fire by George R.R. Martin and Celeana Sardothian in Throne of Glass series by Sarah J. Maas
So Celaena it's more of daggers but she's also really good with a sword and well all weaponry. This seems obvious, know how to fight with a sword would be a fantastic skill to fight off zombies as well as any and all attackers to me and the people I am with 5.) Shooting a Bow like Katniss in The Hunger Games by Suzanne Collins and Scarlet in the Scarlet trilogy by A.C. Gaughin
Swords, axes, daggers these are close range weapons, you have to be near a zombie to be able to fight them off. But if you have a bow and arrows you can fight them off from a distance. Only problem is that I don't know how to do this with any accuracy. I've shot a bow before but it's been like 12 years and even then I was pretty terrible at it.

5.5.) Being mistborn and Doing Allomancy like Kell and Vin in the Mistborn Trilogy by Brandon Sanderson
So this an honorable mention because well it's not humanly possible in our world, at least to my knowledge. But it is afantastic magical system that would come in very handy when it comes to the zombie apocalypse because there are both offensive and defensive skills. Imagine being able to steel push, get extra strength, create a time bubble, or even hear or see really well. Super helpful.

6.) Ride a Motorcycle like Yael and Luka Lowe in Wolf by Wolf by Ryan Graudin
I need to get away from the zombies some way and being able to ride a motorcycle would be really helpful. Not only are they easier to maneuver than cars but they get really good gas mileage. I assume in this instance that there is a gas shortage so this would be helpful.

7.) Flying a Plane like Maddie in Code Name Verity by Elizabeth Wein
When it comes to getting away from zombies I assume that the best method would be to just like fly the f out of there. Like go all Jurassic Park and leave the zombies to fend for themselves. Actually flying to a deserted island might be even more ideal. Which brings me to...

8.) Sailing a Boat like Teach in Blackhearts by Nicole Castroman and Nix in The Girl From Everywhere by Heidi Heilig
Zombies can't swim, right? It seems like the best method to escape from them would be to take to the sea. Plus if there is a gas shortage being on a sailboat means that no matter what you can move around and get places. If only I knew how to sail a boat.

9.) Hack a Computer like Kady in Illuminae by Aime Kaufman and Jay Kristoff and Gideon in Their Fractured Light by Amie Kaufman and Meagan Spooner
I feel like this could be useful if instead of getting out of there you were determined to stay put and just lock yourself in some kind of fallout shelter with a bank of computers. You could use your hacking skills to then monitor things and maybe find a drone to do your dirty work.

10.) Build Steampunk Weaponry and Other Stuff like Daniel in Something Strange by Susan Dennard and Vieve in all of Gail Carriger's books.
Obviously when I thought of things to fight off a zombie apocalypse I thought of Something Strange and Deadly. It's historical but it's about fighting zombies. All the inventions Daniel comes up with helps the group to better fight off the zombies. Plus Vieve's inventing would also be helpful.

So that's my list. And sure, it's geared towards the zombie apocalypse but I mean this is also a list of things books have made me want to learn. What skills have books made you want to learn? Would you survive the zombie apocalypse? Can you do any of these things? Leave me a comment with your thoughts. Thanks for stopping by and HAPPY READING!
Posted by My Thoughts.... Literally! at 9:30 AM