A weekly meme hosted by The Broke and the Bookish
Lately I have been completely obsessed with watching old shows from the 90's. I blame society! I mean, the 90's are back with a vengeance you guys! Have you noticed that people today are dressing like it's 1996 again? I sure have! Plus they're rebooting all those classic shows from the era.

It secretly makes me feel old. I had my formative years in the 90's and nostalgia from a period of time I remember very well makes me feel old! But then again there are some great things from the 90's.

It was a great time to be a teenager in the 90's! The tech bubble was going strong, the WB was being created, Leonardo DiCaprio was going aboard the  Titanic, and angst was not only accepted but valued! Here are my top ten 90's shows for teens... Let the angstiness commence!

T.G.I.F. - Like a responsible teen of the 90's I tuned my TV screen to ABC every Friday from 8-10pm for some wholesome family entertainment!

1.) Boy Meets World - Aired 1993-2000
With the fact that it's sequel Girl Meets World just coming out this one has to make the list. But it's also a classic coming of age story set in the backdrop on the 90's. The early seasons are fantastic. Topanga is crazy, Eric is dreamy, Shawn is badass, and Cory is the perfect every man (teen?)

2.) Full House - Aired 1987-1995
The early 90're all about Full House and this was without a doubt my family's must watch show. When the series finale rolled around we were on vacation and we had to stop at cheap motel so we could watch it. We even skipped dinner. It was that big a part of our life!

Nickelodeon in It's Prime - As a teenager in the 90's the best shows were on Nickelodeon. Cartoons, game shows, sitcoms, sketch shows, they had it all and it was all covered in slime!

4.) Clarissa Explains it All - Aired 1991-1994
Melissa Joan Hart in all her pre-teen glory! With the most outrageous wardrobe a teen girl could ask for, a pet mini alligator, a dreamy best friend climbing in your window, and Ferg Face to fight with. Clarissa was straight up my girl and this show started my love of MJH which continues to this day! 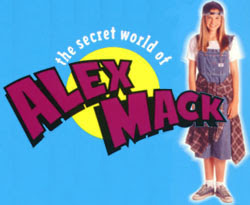 5.) The Secret World of Alex Mack - Aired 1994-1998
In the 90's it was all about evil corporations illegally dumping toxic waste resulting in people getting super powers! Seriously this show made it seem totally okay to get radioactive waste dumped on you! Alex Mack was pretty damn cool with her backwards hat, flannel, and overalls melting into a silver puddle. To this day I refer to my desire to melt as "pulling an Alex Mack"

Could You Be Any More Angsty? - It was all about teen angst and as an angsty teen myself I loved nothing more than watching my feelings that nobody understands me reflected on my TV screen.

6.) Daria - Aired 1997- 2001
This is one of my favorite shows of all time. OF. ALL. TIME. I own the complete series of this cartoon with it's sarcastic and jaded teen protagonist and watch it when I'm having a bad day because Daria gets me. I once dressed as Daria for Halloween and while I was so excited it was actually pretty miserable because I stayed totally in character.

7.) Party of Five - Aired 1994-2000
I didn't have cable for much of the decade but I did have Party of Five. This show about five orphaned siblings trying to make it on their own in San Francisco was so full of angst and was brilliantly over-acted. The stars of this show were some of the biggest stars of the decade and when I watched it recently it made me laugh because it is so very 90's.

A Channel All for Teens? - In 1993 a new cable channel was created and in 1997 it cornered the market on shows for teenagers. Some of the greatest shows of the decade (and the 2000's) aired on The WB! 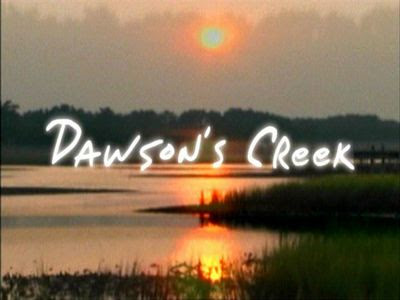 8.) Dawson's Creek - Aired 1998-2003
This may be more of a 2000's show but as a teenager in the late 90's if you wanted something to talk about on Thursday mornings with your friends you had to watch Dawson's Creek. If you didn't you were totally uncool and I did not want to be uncool! Plus Joshua Jackson is totally dreamy and I wanted to be Joey Potter because she had all the luck!

9.) Buffy the Vampire Slayer - Aired 1997-2003
The late 90's were all about girl power and nothing was more girl powerful than Buffy. She was a total badass vampire slayer and she did it all with signature snark and sometimes even in a cheerleading skirt. Sarah Michelle Geller was one of the biggest stars of the decade and this show started my undying love of Joss Whedon.


Cancelled Before It's Time - Some of my favorite shows of the 90's only got one season when they deserved so many more! Seriously, I would kill to have these shows rebooted!

10.) My So Called Life - Aired 1994
I absolutely loved this show! I wanted to be Angela Chase, Claire Danes and her cry face were so fabulous! She had it all. She had the greatest friends, she had Jordan Catalano, and she had that fabulous red hair that I always wanted. I used to dye my hair red because of this show! Plus it dealt with the tough subjects and was full of angst, it was so very 90's.

11.) Freaks and Geeks - Aired 1999
This show was my jam! Seriously it was so brilliant and hilarious. So many famous actors today got their start on this show. It was the perfect show of the 90's even though it was set in 1980. It was an angsty coming of age story about people who were just a little irregular. Plus Kim Kelly is my spirit animal!


Oops, I did 11 and I don't feel bad about it! What are your favorite teen shows from the 90's? Leave me a comment with your thoughts and HAPPY READING, or should I say HAPPY WATCHING!
Posted by My Thoughts.... Literally! at 9:00 AM