ARC Review: The Girl at Midnight by Melissa Grey

**** I received an advance copy of this book from the publisher via Netgalley in exchange for an honest review. This fact has not changed my opinion ****

I really wanted to love The Girl at Midnight. It sounds like a book that is right up my alley. You all probably know that I read a lot of YA Fantasy and this one sounds completely creative with a unique world and interesting characters. And yes, it did have that. A lot of blogger friends who I have similar taste in books with really loved it. I feel a bit like a black sheep, because I didn't fully connect it.

One thing that I did really love about The Girl at Midnight was the fantasy world that Melissa Grey created. I don't read a lot of Urban Fantasy but I love the world within a world concept that was used here. The idea that there is some hidden magic out there is always so fascinating. In this book the actual magic is subtle but I liked that. Although we do get to see some cool magic that allows the characters to do things like teleport and protect spaces. No, the real hidden magic in this book is the race of the Avicen and the Drakhar. Two kinds of inhumans who have been at war for centuries. Their worlds are incredibly lush with details you can visualize. You can perfectly imagine what the Avicen's feather looked like, what the Drahkar's scales looked like, what they ate, where they lived, and what they wore. But more than that, they were both cultures with a history and mythology, a mythology that was effortlessly combined into the general plot of the story. I love those kinds of magical worlds. They feel so realistic and deep. The depth and lush detail all added up to create a really captivating fantasy world.

Another really great thing about The Girl at Midnight were the characters. The book was full of diverse and complex characters that have both strengths and weaknesses. First and foremost we have Echo, our protagonist. She's a thief who is in a place she doesn't necessarily belong but she adapts and ends up fitting in. I seriously loved Echo. She's a snarky and plucky heroine who is definitely too smart for her own good but that's both her biggest strength and her biggest weakness. But like most fantasy, The Girl at Midnight is told from a handful of different perspectives. The male lead is Caius, the Dragon Prince who is almost zealously looking for the firebird. Then we have the supporting cast Echo's best friend Ivy, Caius's best friend Dorian, and Jaspar a fellow thief. They're great as a team, full of laughs and affection for one another. But alternate perspectives are hard for me sometimes. The Girl at Midnight was unfortunately the kind of book where the changing perspectives made it hard for me to fully connect with the characters. It was just too many angles, muddying things for me. I would often find myself forgetting whose perspective the chapter was from and then when I would get used to it, it would change again. I really liked the characters and I think I would have it a little bit more if it was told from a single third-person perspective. 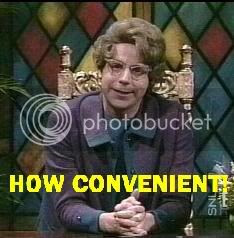 Unfortunately, the biggest thing that didn't work for me was the plot of the book. I am the kind of reader who needs a really strong plot-driven story to keep them engaged and I didn't find that in The Girl at Midnight. The general plot was a travel across continents in search of clues kind of story which, despite my dislike of travel monologues, I usually enjoy so I had high hopes. And surprisingly the travel didn't annoy me as much as the mystery. That part of the story felt a bit too convenient. The characters knew exactly where to go and exactly what they were looking for and if they didn't someone of something would help them. It didn't feel like the stakes were very high to me. And then there was the endgame which had a twist I saw coming a mile away. It almost felt like an out of book experience. It was like things were happening to the character and I was completely independent of them. This doesn't should all that odd but usually with my reads I like an immersive experience. But with The Girl at Midnight, I just didn't really connect with the plot.

On the whole I would say that The Girl at Midnight was a good book, it just wasn't for me. I enjoyed a lot of aspects of it but it didn't blow me away like I expected. It had a captivating world and likeable characters but the plot wasn't as complex and mysterious enough for me.

Buy/Borrow/Bypass: Borrow. This book does have a lot going for it. If the synopsis appeals to you then check it out. I haven't read The Mortal Instruments or Daughter of Smoke and Bone (which a lot of people are comparing this to) so I can't say if the comparisons hold but I do get the comparisons to the Grisha trilogy. If you are looking for a YA fantasy with an interesting world and likeable characters and don't mind travel adventures, especially if you prefer character-driven to plot-driven stories, then check this book out.

Have you read The Girl at Midnight? What did you think? Leave me a comment with your thoughts. Thanks for stopping by and HAPPY READING!
Posted by My Thoughts.... Literally! at 10:00 AM