If you read a lot of YA, and I'm sure you do, then you are really familiar with this trope. And yes, it is a trope, there is even a twitter parody account for the "Typical YA Heroine." But the fact that it's a trope doesn't mean that it's not amazing. What girl and woman doesn't want to see a kickass lady busting heads and taking names. The answer is none. Of course everyone wants that.

But sometimes it does get a little old and cliche. So what I really want to talk about here is what keeps it fresh and exciting for me, including a few things that I don't like. There was a Top Ten Tuesday a while ago about this topic so if you want to see more of my favorite heroines, check that out [HERE].


1.) Ladies who are known for their brains and strategy
I feel like being a strong female heroine means that you can't just be about physical strength. There is a lot of planning and plotting too. Some of my favorite ladies are those who can hold their own in a fight but are better known for their minds. It definitely makes them more complex and likable. 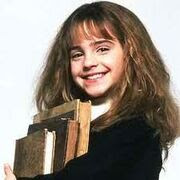 Hermione Granger in the Harry Potter series by J.K. Rowling
Hermione is not the protagonist of this series but she is absolutely the heroine. She is the "brightest witch of her age" and while she can duel with the best of them it is her intelligence that makes her so great. Not to mention she fits so many of the later categories.

Kestrel in The Winner's Trilogy by Marie Kutkowski
I recently read the first two books in this series and boy is Kestrel amazing. She has been raised in a society that tells her she has to be either a wife or a warrior but she has other plans. They don't always work out but I love her for being a strategist.

2.) Ladies who have more inner strength than outer
It sounds like a weird thing to say but being a strong female protagonist doesn't really mean that you are physically strong. Some ladies you put in a battlefield and they would fail miserably but they have this amazing warrior mentality without being a warrior. It makes them really sympathetic and I love it.

Sansa Stark in A Song of Ice and Fire series by George R.R. Martin
You probably know that Sansa is my favorite character in this series and it is 100% because of her inner strength. Westeros is a place full of amazing women but there is something so amazing about Sansa and the fact that she uses what others see as her weaknesses to survive.


3.) Ladies who don't want to be heroes
Seriously, I love a good reluctant hero. There is nothing like a great character arc where the MC becomes a hero despite the fact that they didn't really want to be. But this is even better with a female character. For so long women were told they can't be heroes so it's great to see female protagonists overcoming that idea. But even better than that it's so much more refreshing than a cliche hero.

Ruby Daly in The Darkest Minds by Alexandra Bracken
Frankly Ruby is terrified by her powers and doesn't want anything to do with them. She's so vulnerable in the beginning and when she does take on the responsibilty that is thrust on her, not only is it badass but you root for her because you struggle through the process with her.


Alina Starkov in the Grisha Trilogy by Leigh Bardugo
When we first meet Alina she is a humble soldier who is thrust with this amazing responsibility that she doesn't want and she become a pawn for others who make her into a savior and a saint. But by the end she embraces her powers and it's amazing to see.


4.) Ladies who are also ladies
This is similar to the inner strength one but I much prefer a female protagonist who isn't all about killing people and getting vengeance. Sure, I love when that is a part of their personality but if that is what you are all about then you just aren't complex enough. But my personal favorite is when kickass female heroines are also obsessed with pretty dresses, makeup, and boys. These characters who break the gender norms because they walk the line between the two.

Celaena Sardothian in the Throne of Glass series by Sarah J. Maas
Talking about Celaena inspired this post for me. I love that she is this notorious assassin that loves shopping, chocolate, playing with her puppy, and boys. But then suddenly she will go on a murderous rampage and it's amazing!

Vin in the Mistborn trilogy by Brandon Sanderson
Vin is one of my all-time favorite characters. When we meet her she's this street urchin who gets trained not only to be a kickass Alomantic warrior and to be a lady. She embraces both facets and even has some identity crises where she can't decide if she wants to be a lady or a warrior.

5.) Ladies who are vulnerable and make mistakes
Characters who have weaknesses are just more well-rounded. If you are always winning and succeeding it gets a little dull (to be fair that is extremely rare). But what I'm saying is I like my female protagonists to be far from perfect so they have real things to overcome. I also like when they're slightly prickly and we get to see them they are being vulnerable. It's just more realistic if they have a balance between tough and soft.

Katniss Everdeen in The Hunger Games trilogy by Suzanne Collins
I love that moment in Mockingjay when they're brainstorming how to make Katniss likable. And they realize it's not when she's doing amazing feats of strength and toughness, no, it's when she's being vulnerable. Her empathy is what makes her so fantastic a character and heroine. 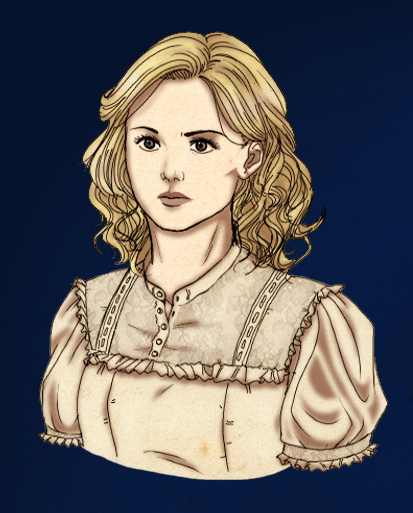 Paige Mahoney in The Bone Season series by Samantha Shannon
Paige could fit in to so many of these other categories. She's a reluctant hero, she's a strategist, and she's definitely shown a lot of inner strength. But like Katniss her best moments are when she is doing stupid things to help other people. She puts herself at risk for the sake of others and sometimes it backfires.


6.) Ladies who are sympathetic villains
I love a good villain. There is something inherently badass about a woman who is diabolical and evil. But that gets old pretty quick and even more cliche then a hero. How many bitch queens are there in literature? Way too many. The idea that women can only be a princess or a witch is so tired. That's why I love when a female villain comes off as more odious and sympathetic. She's not evil, she's just misunderstood. And if she is doing something evil, it's a valid response to how she has been treated so lay off!

Elphaba Throppe in The Wicked Years by Gregory Maguire
Ah yes, the infamous Wicked Witch of the West. But then we get to read Wicked from her perspective and see that she wasn't so evil after all. Just a misunderstood revolutionary who was demonized by a not so great ruler. I'm such a fan of the political intrigue in this series and Elphaba was the start of that in the first book.

Adelina Amorteau in The Young Elites by Marie Lu
I mentioned how much I loved Adelina on my Waiting on Wednesday post, but it begs repeating. I loved how dark this book was and it was such a surprise. And the biggest surprise was how not evil this character comes of as. It's a villain origin story but as the reader you sort of want her to become dark and devious, she sort of earns it.

There you have it, some of my favorite strong female heroines and why I like them. What are your favorite types of female protagonists? Do you also like when they are not just about death and vengeance? Leave me a comment with your thoughts. Thanks for stopping by and HAPPY READING!