In January of 2014 there was a Top Ten Tuesday about fictional worlds we would not want to visit. Check that post out here. I seriously loved that post. Since then I have read so many more fantasies and books with crazy world and I considered doing that post again, but then it hit me, no, I want to talk about the bookish worlds I would want to visit. 1.) Hogwarts (The Harry Potter series)
I mean obviously! Who doesn't want to go to Hogwarts? If you have read the Harry Potter series then I am sure you have imagined what it would be like if you got the letter via owl post and what house you would be sorted in (I'm a Ravenclaw). I'm way to old to go to Hogwarts but I'm still hoping for my letter.

2.) Red London (A Darker Shade of Magic by V.E. Scwab)
This book creates four different Londons. Dull London, Kell London, Creepy London, and Dead London as Lila puts it. Most of them are terrifying and I want nothing to do with them but Red London sounds absolutely amazing. And if Kel, Rhy, and Lila will be there then all the better.

3.) End of the 19th Century in the United States
This is my favorite period for historical fiction because I find it such a fascinating time. It was a time of change and growth in the US. Immigrants were arriving from all over the world and progressive organizations were uniting to make change happen.

4.) Brakebills and Fillory (The Magicians Trilogy)
Brakebills is like Hogwarts but a college. Plus for them magic isn't hereditary it is a learned skill. I would totally love to go there to learn magic. But more than that I would want to go to Fillory. It's basically Narnia but something about it just seems so appealing to me.

5.) Mademoiselle Geraldine's Finishing School for Young Ladies of Quality (Finishing School Series by Gail Carriger)
Everything about Mademoiselle Geraldine's is exciting and amazing. It is a steampunk boarding school in a zeppelin that teaches young women how to "finish" in a very creative way. Plus the teachers are so interesting including a werewolf and a vampire.

6.) Primoria (Snow Like Ashes by Sara Raasch)
So sure, there is a lot not to like about Primoria but I am just so interesting in the season kingdoms and rhythm kingdoms. I loved the world that Sara created here and it felt so lush and real that I would love to visit and see it for myself.

10.) The Pentagonal Spire (Insignia Trilogy by S.J. Kincaid)
What can I say, I'm a sucker for an interesting and unique boarding school. This is another one but the characters are trained to become soldiers but interact along a virtual reality. I've never wanted to be a soldier but this series makes it look almost appealing.

7.) Luthadel (Mistborn trilogy by Brandon Sanderson)
Again, there is a lot to not want to be a part of in this series, especially as the series develops but this is one of my favorite fantasy world. It's so complex and interesting. CAN'T I JUST DO ALLOMANCY! Is that too much to ask?

8.) The Gallagher Academy (The Gallagher Girls series by Ally Carter)
This is similar to Mademoiselle Geraldine's, but the idea of a boarding school where teenage girls learn to be spies is nothing but amazing. I seriously wish that I could go there and go on missions with the students. I haven't finished this series but I still want to be a Gallagher Girl. 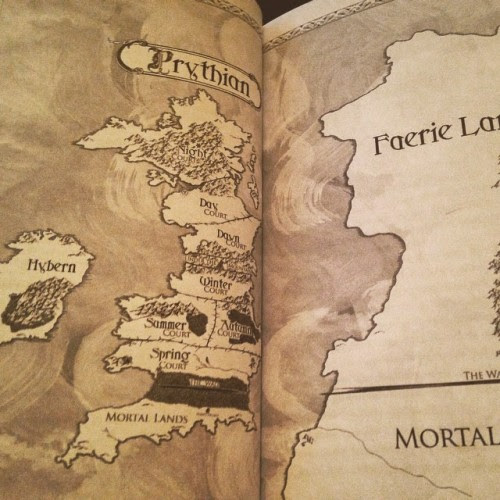 9.) Prythian (A Court of Thorns and Roses by Sarah J. Maas)
I finished ACOTAR last week and I didn't love it like everyone else did but I found Prythian so fascinating. Similar to Primoria in that there are all these different courts with specific appearances and people. I would love to visit Spring Court and hope we get to see Night Court in book 2.

11.) Neverland (Peter Pan by J.M. Barrie)
Do I ever want to grow up? Nope. Therefore I of course want to go visit Neverland. I want to become a lost boy, hang out with Tiger Lily, and maybe even see the mermaids and Captain Hook. Neverland just seems like such a cool place. 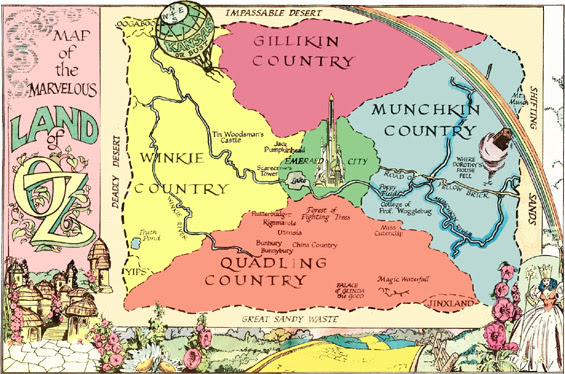 12.) Oz (The Wizard of Oz by L. Frank Baum)
If you checked out the previous list you may have noticed that Oz is on both lists. I found the Oz of Wizard of Oz to be a really interesting place. The different places to go and explore would be so amazing. If I would avoid the Wicked Witch of the West then I would be amazingly happy in Oz.

What about you? What bookish worlds would you want to visit? Any of these that you would or would not want to go to? Leave me a comment with your thoughts. Thanks for stopping by and HAPPY READING!
Posted by My Thoughts.... Literally! at 8:30 AM