The most surprising thing about The Burning Sky was how long it took me to get into it. It’s not that it wasn’t interesting because it was. The book was full of action and consistent action. I'm a big fan of fantasy and usually thrilling action is enough to capture my interest and keep me from straying to another book. However with The Burning Sky I started and finished two books and it took a lot of self-control to finish it before starting a third book. And while I wasn't blown away, the book wasn't bad.

I think my major problem with it was the format. It is told from two different perspectives. First we have Iolanthe, the female protagonist who is supposed to be the most powerful elemental mage of her time, she has to go on the run from this powerful and malicious government entity after conjuring lighting gives her power away. Then there is Prince Titus, the male protagonist, who swears to protect her but only so she will help him ensure that a prophecy his mother made is completed. I’ve read a lot of books that alternate perspectives. I don’t often have a problem with it; in fact it’s usually nice to see things from a different side especially when the characters are off doing different things. But in this case the perspective would change mid-chapter and this would often happen multiple times. It felt indecisive, like the author couldn’t decide who the main character was, and it was not only confusing but annoying.

As far as characters go they were both interesting and complex enough to redeem the story a lot. Iolanthe grew on me as the story went on. At first I was really not a fan. She started out as a reluctant hero, which I usually like, but she was also this damsel-in-distress who needed a prince to save instead of the badass elemental mage that she was supposed to be. But as the book went on she took responsibility for her powers and ended up turning the tables on the fairy tale trope. But that might also be because Titus was not your average prince. He is a totally swoonworthy royal but also a really impressive mage with a completely captivating dark side. He is full of secrets and considers himself a lying and manipulative scoundrel. Often throughout the series I would question his morals and motivations. He is another one of those characters who is either doing the right thing for the wrong reasons or the other way around. There was also a host of great and dubious secondary characters including members of the government that were hunting the characters. 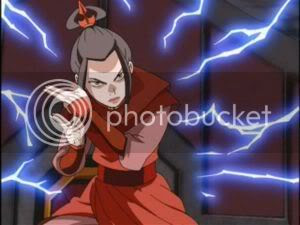 Despite the fact that that it took me awhile to get into the story the plot was interesting and exciting. There’s a lot of action including daring escapes and epic battle scenes. The last third of the book is incredibly thrilling and made up for a rather slow beginning. And while the magical system was not particularly unique it was still pretty cool. It was a combination of both the “I can control the elements” type of magic and the “I can performs spells and make potions” type that you see all the time. It was like all the best things about Avatar: The Last Airbender and Harry Potter combined into one system. There were even some really cool elements of the system and the world including a magic book that is used as a training tool and allows the characters to fight dragons and create tornadoes among other things.


And while the world that the author created was interesting the world-building was confusing at times. The Burning Sky is the first book in a series and it suffered from what you often see in first books. It deliberately withheld information that I not only wanted to know but was sometimes very obvious. And while I did think the inclusion of footnotes to explain some of the complexities and mythology of the world was really creative during much of the story there was a lot of telling instead of showing. In fact at times the characters would even be chatting about a plot point or details about the world. But the most confusing thing for me was the specifics of the world. I can't decide if it was the "world within a world" kind of fantasy or low fantasy. Part of the story takes place in this fantasy world called the Realms but they can very simply take a train to London where they have to keep the magic hidden. It was odd and didn't feel like a fully formed magical world.

Despite all my ranting about what I didn't like this book is a good start to a Young Adult series that I will probably continue reading. I give The Burning Sky by Sherry Thomas a 7 out of 10

It is a good fantasy story with an interesting world, complex characters, and thrilling action. If you like The Grisha trilogy then you will probably like The Burning Sky. I wouldn’t recommend it to anyone who is a big fan of Fantasy but for people who are still exploring the genre. If you’ve read The Burning Sky leave me a comment with your thoughts. Happy Reading!
Posted by My Thoughts.... Literally! at 3:17 PM