After the way the first book ended, I was so excited to read the next book in the Grisha trilogy. I really enjoyed the high fantasy story and the world of Ravka. It is a world of magic and mystery that is constantly at war and a world full of complex and interesting characters, all things I love in reading.

When we last left our main character Alina she and her best friend and love interest Mal are on the run from the Darkling, the powerful leader of the Grisha, and she is learning to control her power, which is growing stronger thanks to the Darkling. In this book Alina is really growing and developing as a character and as a leader. She’s definitely taking more responsibility and really seems like she is trying to be the savior of Ravka that everyone wants her to be, but she also hasn’t lost her insecurities and at times is just as reluctant. Throughout most of the book she is struggling with her growing power and the responsibility that comes with it. She is enjoying the power as it grows and aching for more, but terrified by the power and not sure how far she wants to take it. I like her during the moments where she shows her strength but also when she feels most weak. It makes her much more well-rounded and likable as a protagonist.

But Alina is not the only well-rounded and complex character in this book. All of my favorite characters from the first book are back and there is a host of new characters to love. The Darkling is of course back and wreaking havoc on the country. In this book he can’t really pretend to be good anymore between his actions in the first book and the fact that he has this terrifying new power. He is being extremely devious and even though he isn’t physically in a lot of the book, he’s a great and diabolical villain. Mal is also back and being extremely swoonworthy as well. He too is becoming much more well-rounded as a character, developing a bit of a dark side and fighting with Alina about her growing power. 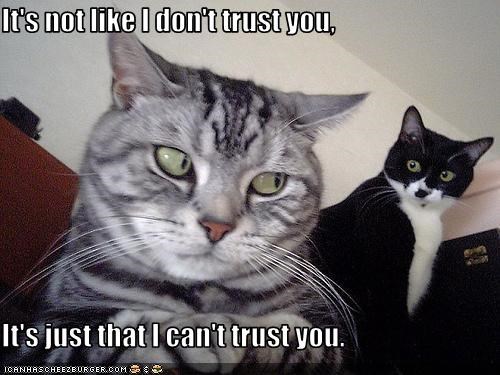 But my favorite characters, new and old, are the secondary characters. In this book we are introduced to Strumhond the effervescent and cocksure privateer who when we first meet him seems to be refreshingly honest and a complete contrast to the ominous and mysterious characters but this is Ravka and everyone has their secrets. Throughout the book his character develops a lot and in the end becomes just as odious as all the others making me wonder if he is doing the right thing for the wrong reasons or the wrong thing for the right reason. Maybe because I’m also reading A Song of Ice and Fire but I’m pretty sure he is playing the “game of thrones” and I'm not sure if he’s doing it for his own personal gain or if he is this amazing revolutionary that wants to save Ravka. I’m not sure if I trust him or not but I like him for the mystery. We also meet Tolya and Tamar, twin warriors who are part of Strumhond’s crew and become members of Alina’s guard. They are really badass and also develop into more complex and interesting characters later in the story. Every single one of these characters is not just one thing and full of surprises. It really keeps you on your toes and keeps you guessing till the very last minute.

On the whole this book was much more character driven than the previous one. Where Shadow and Bone relied on the fantasy elements of the story and had a lot of magic and action, Siege and Storm focuses on the internal struggle for power and the affect it has on a person giving it the tone of a coming-of-age mystery.  It wasn’t as much of a page turner and there was a lot less action but there was an extreme sense of foreboding. The characters are dealing with this undercurrent of fear and the anxiety about when and how the Darkling is going to seek his revenge and it made everyone (including me as the reader) extremely nervous. And just like the first book I found myself spending a lot of time theorizing and wondering what was a clue, what it meant, and what would happen later in the story. What I really liked was that in this book there was much more of a slow rise in plot points, it wasn’t so much of a roller coaster. Most of the book was focused on Alina and her struggle to establish and control her power. But don’t get me wrong, there was plenty of action. The story was bookended with epic battle scenes between Alina and The Darkling and ended with an extremely thrilling conclusion that left me desperately wanting to read Ruin and Rising so I can find out what happens to these characters and this world. When the book was all said and done I had an extreme case of the “what nows.” Even a chapter from one of my favorite point-of-view characters in A Dance with Dragons couldn’t snap me out of it. But that’s how good this book was.

This is how I felt after finishing this book. polandbananaBOOKS knows what's up!

This is a great Young Adult high fantasy series and Siege and Storm was almost completely perfect. The series is getting better and better as it goes on and I really cannot wait until the final book comes out in June. I HAVE TO KNOW HOW IT ENDS! If you have read Siege and Storm then leave me a comment. If you haven’t read this book, what are you waiting for? I recommend it to anyone who likes high fantasy or anyone who doesn’t. It’s a great way to try out the genre.
Posted by My Thoughts.... Literally! at 3:30 AM