ARC Review: The World Before Us by Aislin Hunter 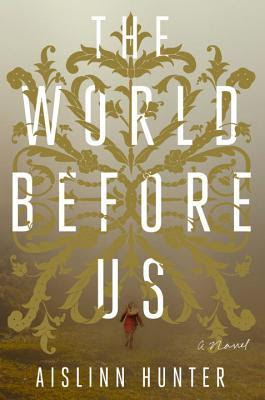 Synopsis:  When she was just fifteen, smart, sensitive Jane Standen lived through a nightmare: she lost the sweet five-year-old girl she was minding during a walk in the woods. The little girl was never found, leaving her family, and Jane, devastated.

Now the grown-up Jane is an archivist at a small London museum that is about to close for lack of funding. As her one last project, she is searching the archives for scraps of information related to another missing person--a woman who disappeared some 125 years ago from a Victorian asylum. As the novel moves back and forth between the museum in contemporary London, the Victorian asylum, and a dilapidated country house that seems to connect both missing people, it unforgettably explores the repercussions of small acts, the power of affection, and the irrepressible vitality of everyday objects and events.

Here is a riveting, gorgeously written novel that powerfully reminds us of the possibility that we are less alone than we might think

I really wanted to like The World Before Us. It sounded like a total me book. Historical mystery, complex and a little on the darker side. Unfortunately it didn't quite work for me. While it was on the interesting side with complex and likable characters, the slower pace and muddled plot development prevented me from really enjoying the book

One thing that did work, was the characters, I enjoyed so many of them. The World Before Us had a rather large cast of characters, that is sometimes hard too do. There were so many secondary characters but they all felt very district. Many of them only appeared briefly but they still made an impression. They were likable and interesting, really making the book all the more engaging.  No one was more likable and engaging than the main character of Jane. She really carried this book and made it what it was. What I liked most about Jane is that she is far from perfect. She's defined by her failures but she doesn't let them control her. She was determined, intelligent, and committed to finding the truth. A lot of what kept me reading despite not totally enjoying the book, was Jane. I wanted to know how her story would end. I wanted to see her vindicated. It was these characters that made this book enjoyable for me.

But the hardest thing to explain about The World Around Us, is what I didn't like about the plot because I can't really explain the plot of the book. The combination of historical fiction and mystery is not an altogether odd combination, but here it felt that way. I've read my fair share of historical mysteries where we are taken back to a different time because of a mystery or connection to the present, I typically enjoy that. But here the addition of a supernatural element made it even more confusing and muddled. It was an extremely complex plot but unfortunately for me that came off as a little too confusing. And while I was interested to keep reading because I was curious about how it would end, when the reveal did occur it didn't have to power I thought it would. But worse than that, I didn't really feel like it resolved everything. When you have a lot of different plot points at work it's important to bring them all full circle and define their connection by the end. I didn't feel that connection. It felt like two or three very different things and the only way they were connected was Jane

But perhaps it didn't have that strong an ending for me because the pacing was problematic. And while it took me so much longer to read this book than I expected, The World Around Us is the rare occasion where the book could have been longer. Or maybe it was just a little too front-loaded. I felt like the beginning if the book was just filled with exposition. The author had to establish two different storylines, and she may have gotten a little carried away. By the end it seemed hard to reel things in. It kept plotting along adding new wrinkles to the story but then it just abruptly ended. It didn't have a strong climax with falling action to wrap things up.

What The World Before Us really proved to me is that I am a much bigger fan of plot-driven stories. It's books with a strong and engaging storyline that steadily builds to something thrilling that I typically enjoy. A book can have great characters but if those characters are the ones that move things along then it's not going to be a book that I will love. I think that's a little bit what happened here. It's not a bad book, it's just not the book for me despite the really great concept.

Buy/Borrow/Bypass: Borrow. If you are reading this and thinking, I love really character-driven historical fantasies where there is a lot going on then definitely check this book out. If you don't mind a more slower paced atmospheric read then invest the time in this one.

Have you read The World Before Us? What did you think? Leave me a comment with your thoughts. Thanks for stopping by and HAPPY READING!

Labels: Aislinn Hunter, Historical Thriller, The World Before Us