So, you may have noticed that I'm not up to my usual level when it comes to my book reviews. I honestly have not been reading much lately. There are a lot of reasons for this that are kind of personal and I don't really want to talk about them but suffice it to say that I'm in a super serious reading slump. But I have been watching a ton of TV/Netflix lately. So I thought I would share some of the shows I have been loving. 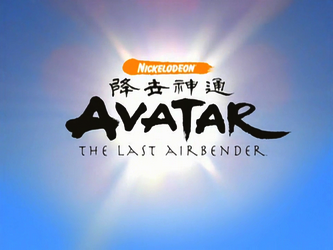 1.) Avatar: the Last Airbender
I started rewatching this recently and oh man do I love this show. The characters are amazing, the plot is amazing. It's funny, it's serious, it's dramatic. I am all about it. It's one of my all-time favorite shows and it's just what I need to watch these days.

2.) Westworld
I was late to the Westworld party but I just got the HBO channel for Amazon Prime Video and I marathoned it in a weekend. It was intense. Confusing, but intense. And I mean both of those in a good way. I like shows that confuse me, it keeps me interested.

3.) Veep
I had watched the first two seasons but now that I'm signed up for HBO I can finish it. It's really fantastic. I mean I just watched season 4 and the election they just had was scary in how true to life it felt but it's still really good. And being someone who kind of works in politics, this is the most accurate portrayal I've seen since Parks & Rec.

4.) The Middle
I am a big fan of this show because I find it super relatable. I feel like it was a little bit my upbringing. I came from a family of five and we didn't have a lot of anything except fun. Plus honestly it's scary how much like Sue I am and like Axel my brother is.

5.) This is Us
This is the hot new show of the fall, amiright? I have been really liking it and I don't watch a lot of dramas like this. (I'm more and action or comedy kind of girl). But the characters are so good and complex. Like I love how they show people at their best and their worst.

6.) Supergirl
I had been wanting to watch this for awhile but never got around to it. But with the first season being on Netflix and the changeover to The CW I finally got around to it. And it is seriously so good. Kara is a fantastic heroine and the show is really engaging.

7.) The Good Place
This is another one of my favorite new shoes. I am a huge fan of Kristen Bell. She's just amazing. I was going to watch this just for her but it is actually really funny. It's kind of goofy but that's what makes it enjoyable.

8.) Superstore
I really wasn't much interested in this show the first time I saw it but it really grew on me. Now I get really excited when I see a new episode. It's also a really funny show because it's so goofy. And it does kind of have that The Office feel to it with the quirky characters and workplace setting.

This show will never not cheer me up. And honestly that is what I have needed lately. It's such a hilarious show. And this season there have been some really fantastic episodes. Recently there was a Tina focused episode that was top notch.

10.) The Magicians
I mean you all probably know that I loved the books and they changed a lot. Like a lot a lot. And at first I was like, "this is for the better." But then it impacted the character development and I was a little less happy. But it's a great show and I'm excited for season 2.

11.) Honorable Mention for Need to Watch
A Series of Unfortunate Events
This just came out and I haven't gotten around to watching it yet. It looks so good though. NPH as Count Olaf, how could that be bad.

The OA
Michelle really liked this and said I should watch it, so I want to. But I wanted to watch Westworld first.

Pitch
I watched the first few episodes and then didn't finish for some reason. I didn't dislike it, I just watched other stuff.

There you have it, all the shows I have been watching lately. What shows have you been into? Do we watch any of the same shows? Leave me a comment with your thoughts. Thanks for stopping by and HAPPY READING!
Posted by My Thoughts.... Literally! at 8:30 AM