1.) Harry Potter
This is probably the closest thing I have to a fandom. I mean in college I used to spend a lot of time reading fanfiction and hanging out in HP message boards. But seriously I can fangirl with the best of them when it comes to Harry Potter. It's probably the most obvious of my fandoms too. 2.) Wonder Woman (and basically all the DC female heroes)
I absolutely love Wonder Woman. I have always had a thing for female superheroes but only recently did this expand to reading comics and outwordly showing my love for Wonder Woman. But now I have a water bottle, coffee mug, and other swag. 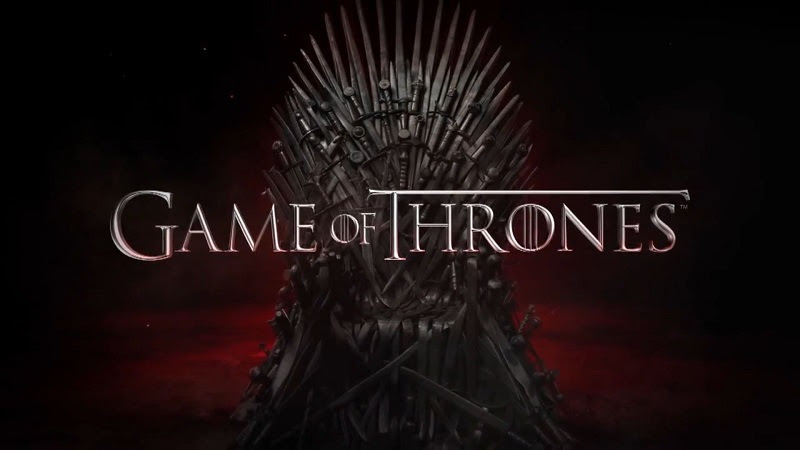 3.) Game of Thrones/A Song of Ice and Fire
I was late to the ASOIAF party but I arrived with a vengeance. I'm a huge fan of these books and have spent many hours and days theorizing and discussing the series with people. I mean I have gone on massive tirades about how Sansa is the best and why you're wrong if you disagree.

4.) Veronica Mars
I'm a massive Marshmallow. I have watched the show since it was on TV and I actually boycotted The CW when they cancelled VMars and Gilmore Girls in the same year. Plus I backed the Kickstarter because I needed the movie to happen.

5.) Mistborn
This is another series I was a little late to the party on but I became a huge fan. I mean really we could say Brandon Sanderson because I love his books so much that I have read almost all of them. But seriously this is the one I would most fangirl about.

6.) Disney
I mean I'm a 90's kid so obviously like most of you I grew up with Disney. I have seen most of the movies multiple times and I have very strong feelings about them. Plus my iTunes is full of Disney songs because they're the best.

7.) Musical theater
I am the rare fan of musical theater who has never done theater but seriously loves it. But I was always more of a theater fan. My friends in HS all did theater and I was basically just a groupie. But my iTunes is also full of showtunes.

8.) Throne of Glass
I feel like this series only recently leveled to serious fangirl status. But the most recent books were so full of action and mystery that my feelings for it reached close to Harry Potter level. I mean I have serious and crazy theories that I've shared with people so you know I'm serious about it.

9.) Shades of Magic
When I think about fangirling I think about if I have let my feelings for the series extend to owning stuff to express that love. And I actually have a surprising amount of Shades of Magic stuff. I have a t-shirt, bookmarks, and I'm planning to get an As Travars sticker to put on my car.

10.) Mean Girls
This is my favorite movie. I love it so much I can quote it and have many times during like pretty inappropriate times. I've seen the movie so much, I am seriously obsessed. I haven't leveled up to having any Mean Girls stuff but give it time.

There you go, all the things that I fangirl about. What makes you fangirl? What fandoms are you a part of? Leave me a comment with your thoughts. Thanks for stopping by and HAPPY READING!
Posted by My Thoughts.... Literally! at 8:30 AM