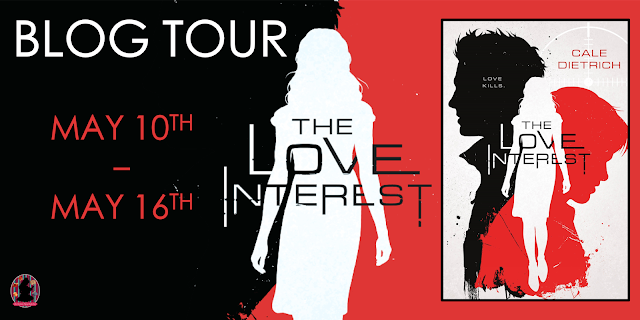 Thanks to Fantastic Flying Book Tours for having me on the blog tour of The Love Interest. This is definitely one of my lost anticipated reads of the month because it sounds like it's totally up my alley and like a fun and unique contemporary and/or thriller that plays with the tropes. 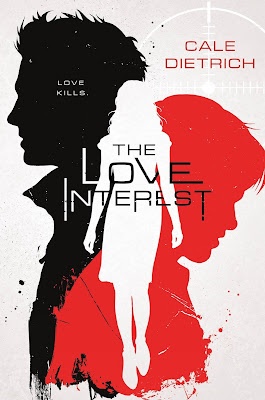 There is a secret organization that cultivates teenage spies. The agents are called Love Interests because getting close to people destined for great power means getting valuable secrets.

Caden is a Nice: The boy next door, sculpted to physical perfection. Dylan is a Bad: The brooding, dark-souled guy, and dangerously handsome. The girl they are competing for is important to the organization, and each boy will pursue her. Will she choose a Nice or the Bad?

Both Caden and Dylan are living in the outside world for the first time. They are well-trained and at the top of their games. They have to be – whoever the girl doesn’t choose will die.

What the boys don’t expect are feelings that are outside of their training. Feelings that could kill them both.

So, this is slightly difficult for me to answer, as I didn’t really set out to write The Love Interest as a spy novel! It’s kinda bizarre, because that’s what it is, but my initial idea was inspired by the meta concept of a training academy for the hot love interests of YA fiction more than it was by spy books. In fact, I don’t think it had truly sunk in that the book I had written was a spy story until I saw the cover. When I saw it for the first time, I was like: “Oh, THAT’S the genre of this book I wrote”. But as I was drafting, I was writing an extremely personal gay coming of age book that was also a meta take on YA fiction.

That said, there are two spy stories that I love that I’ve read recently. The first is YOU DON’T KNOW MY NAME by Kristen Orlando. I thought this was a bunch of fun, and features a truly badass protagonist. I also recently read a 2018 book that everyone should have on their radar. It’s called #Prettyboy Must Die by Kimberly Reid, and it’s a fun and action-packed thrill ride.

Growing up, I loved the Alex Rider books. They are the kind of high stakes, action heavy books with amazing voice that I love. It’s highly possible that these book influenced TLI in ways I’m not consciously aware of.

On the film side, I’m a huge fan of SKYFALL. I had an absolute blast watching that in IMAX It’s just SO cool, and was the first time a James Bond story clicked for me. Kingsman is also a freaking fantastic movie: it’s hilarious and surprising and the action in it is amazing.

Lastly, I think I should mention THIS MEANS WAR, which I have seen, but not for a while. Readers often tell me that TLI is like THIS MEANS WAR if the two guys hooked up, which I think is such an awesome comparison. I need to watch it again to make sure, but yeah, I thought it was worth mentioning!

Thanks Cale for answering my question and sharing some of the spy stories that you like. I have not read or seen many of the ones you mentioned but I do love Skyfall, I mean who doesn't love James Bond. And I have a copy of You Don't Know My Name that I haven't read yet. I may have to move that up the TBR. 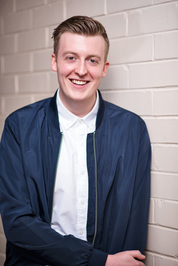 Cale Dietrich is a YA devotee, lifelong gamer, and tragic pop punk enthusiast. He was born in Perth, grew up on the Gold Coast, and now lives in Brisbane, Australia. The Love Interest is his first novel. 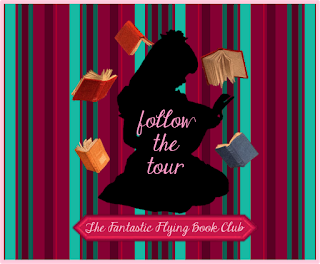 Thanks Fantastic Flying Book Tours for having me on the tour, and check out the rest of the tour! I just started The Love Interest so don't forget to come back next week for my review. It sounds totally up my alley. Thanks for stopping by and HAPPY READING!
Posted by My Thoughts.... Literally! at 8:30 AM