Top Ten Tuesday: Gifts for the Game of Thrones Fan in On Your List

2.) The Illustrated Edition of A Game of Thrones - Amazon
Illustrated Editions are all the rage nowadays, aren't they. I mean I'm not complaining. I love seeing the images with the text. I'm someone who doesn't usually imagine the characters so it's amazing to see the illustrations.

3.)  The World of Ice and Fire - Amazon
I got this as a gift from my Secret Santa a few years ago (thanks Jen!) and I was over the moon. This is cowritten by GRRM and people who run a fan site so it's not really canon but it is totally fan service. It's a history of Westeros with amazing images and a must by for fans.

4.) The Adult Coloring Book - Amazon
I'm not a fan of adult coloring books but I love Game of Thrones and therefore I very much love this coloring book. It's super complicated to color but I still really enjoy it. I think if you know someone who is a fan and likes coloring needs this.

5.) A Feast of Ice and Fire Cookbook - Amazon
If you ever want to have a watch party then probably a cookbook would come in handy. I kind of want to know the recipe for Sansa's favorite lemon cake and I love the fact this is organized by region.

6.) The Pop Up Book - Amazon
This is really cool. I didn't even know it existed until I started looking at Amazon and now I'm obsessed. I love the opening credits and the different locations and setting of the book so it would be amazing to have a pop up book with all of that. Man, pop up books should make a comeback. Are they? I hope so.

7.)  A Knight of the Seven Kingdoms - Amazon
This is a series of stories set before the main series written by GRRM. Originally they were seperate stories but this is a bindup of all of them with illustrations and everything. I think it gives some history and context to the series but either way I want to check it out.

8.) The Ice Dragon - Amazon
This one I have read. It is a children's book that GRRM wrote before ASOIAF was published. He has said that it is not set in Westeros but it's about dragons and still a really cool read for fans of the series. And again it has gorgeous illustrations.

9.) Game of Thrones Board Games
In the course of looking for the rest of these things on Amazon I found so many Game of Thrones themed board games. Pick your favorite game and I bet they have it. Risk? Got it. Clue? Got it. Monopoly? Got that too. A trivia game? Of course. Even a tabletop game.

10.) Basically Anything With Their Favorite House
Whether they are House Stark (like me), House Lannister, House Targeryan, or a hipster who likes a different house, one thing Game of Thrones fans love is getting stuff with their favorite house crest on it. It's like buying a HP fan something from their Hogwarts House, always a win. 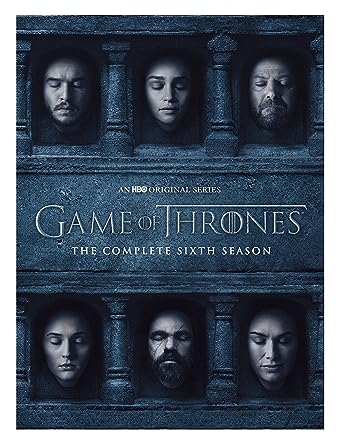 11.) Preorder the Season 6 Blueray or DVD for Them - Amazon
Last year my brother told me he was going to get me the Season 5 DVDs for me but didn't realize they weren't out yet. I told him he should have preordered them. Fans love when you preorder stuff for them, it means they don't have to.

That's all I got. What would you recommend for a fan of Game of Thrones and/or A Song of Ice and Fire. Leave me a comment with your thoughts. Thanks for stopping by and HAPPY READING!
Posted by My Thoughts.... Literally! at 8:30 AM

Labels: A Game of Thrones, A Song of Ice and Fire, Top Ten Tuesday