A weekly meme by The Broke and the Bookish

So I recently started my reread of The Young Elites to prepare for The Midnight Star (I'M NOT READY!) so I am super focused on villains and villain origin stories which is perfect looking at this week's prompt. I definitely love TYE because it's all about Adelina's descent into madness and villainy. I want that more. I want more how they became evil stories. 1.) Mrs. Coulter in the His Dark Materials trilogy - My Review
Mrs. Coulter recently became my favorite literary villain after rereading this series last winter. She's so freaking devious and one of the great things about her is that she thinks she's doing the right thing. I want to know why she thinks that.

2.) Severus Snape in the Harry Potter series
I don't really consider Snape to be a villain, but I kind of want a Snape villain story. I want to see more teenage Snape because that means more Marauders. But I also want to see Snape as a Death Eater stuff.

3.) The Darkling in the Grisha Trilogy by Leigh Bardugo - My Review
I am not one of those Team Darkling people. I like him, I think he's a very compelling villain, but dudes he is the villain. Anyway I'd love to learn more about him and how he got to be The Darkling we know today. Added bonus of seeing a younger Baghra who I love.

4.) The Thirteen in the Throne of Glass series by Sarah J. Maas - My Review
Okay so I don't consider the Thirteen to be villains but I want to see an origin story of them so badly. And I think you could argue that if we had a story of them and the witch wars time period then like maybe it's be a little villainous. 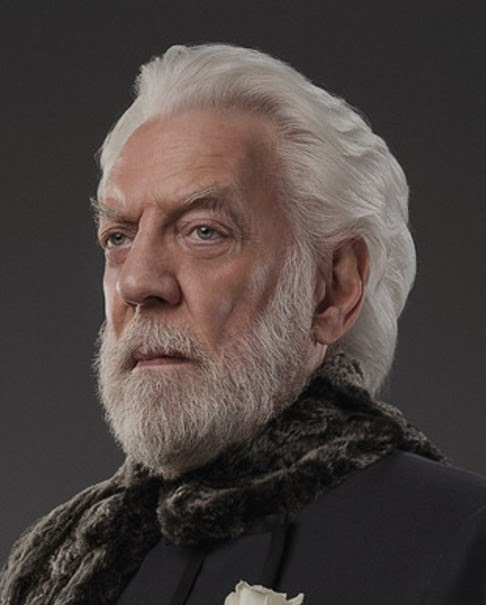 5.) President Snow in The Hunger Games series by Suzanne Collins
President Snow is a really amazing villain. I'd kind of love to see a young Snow and his rise to power. Like imagine seeing the rebellion of the districts which lead to the first Hunger Games. Oh man, am I the only person who wants that real bad?

6.) Jaxon Hall in The Bone Season series by Samantha Shannon - My Review
If you have read The Mime Order then you absolutely know the kind of villain origin story I want about Jaxon. But in general I find Jax super fascinating because he's not wholey bad and that always makes for a good villain story.
Honorable mention to Nashira Sargas

6.) The Commandant in the An Ember in the Ashes series by Sabaa Tahir - My Review
And here is someone that I think is in fact wholy evil. The Commandant is one of the most devious villains I have ever seen and I kind of want to know why or should I say how she got to be that way. WHO HURT YOU?!?!

8.) The Chandrian in The Kingkiller Chronicle by Patrick Rothfuss - My Review
I mean I know we can't talk about The Chandrian or else you know, bad stuff, but I want to know about these super mysterious figures in this world. I hope when we finally get the final book in this series we learn a ton more about them,

9.) Littlefinger in the A Song of Ice and Fire series by George R.R. Martin - My Review
I mean it's hard to call anyone a villain in this series. Everyone is terrible and also fantastic. But I kind of want to see more of Littlefinger's perspective. What's his endgame. He's one of the biggest schemers in this world and we aren't in his head. I bet it's scary in there.

There you have it, the villains whose origin stories I would like to see. What villains do you want to learn more about? Leave me a comment with your thoughts. Thanks for stopping by and HAPPY READING!
Posted by My Thoughts.... Literally! at 8:30 AM