IT’S ALL ABOUT THE CHASE!

Janet Evanovich and Lee Goldberg, New York Times bestselling authors of The Heist, return in this action-packed, exciting adventure featuring master con artist Nicolas Fox and die-hard FBI agent Kate O’Hare. And this time around, things go from hot to nuclear when government secrets are on the line.

Internationally renowned thief and con artist Nicolas Fox is famous for running elaborate and daring scams. His greatest con of all: convincing the FBI to team him up with the only person who has ever caught him, and the only woman to ever capture his attention, Special Agent Kate O’Hare. Together they’ll go undercover to swindle and catch the world’s most wanted—and untouchable—criminals. Their newest target is Carter Grove, a former White House chief of staff and the ruthless leader of a private security agency. Grove has stolen a rare Chinese artifact from the Smithsonian, a crime that will torpedo U.S. relations with China if it ever becomes public. Nick and Kate must work under the radar—and against the clock—to devise a plan to steal the piece back. Confronting Grove’s elite assassins, Nick and Kate rely on the skills of their ragtag crew, including a flamboyant actor, a Geek Squad techie, and a band of AARP-card-carrying mercenaries led by none other than Kate’s dad. A daring heist and a deadly chase lead Nick and Kate from Washington, D.C., to Shanghai, from the highlands of Scotland to the underbelly of Montreal. But it’ll take more than death threats, trained henchmen, sleepless nights, and the fate of a dynasty’s priceless heirloom to outsmart Fox and O’Hare.


My Review of The Chase

*** I received an Advances Reader Copy of this book from the publisher via NetGalley for an honest review. This has not influenced my opinion in any way***

If you are a fan of Janet Evanovich you will love The Chase. I haven't read anything by Lee Goldberg but I have seen the TV show Monk and really enjoyed it. Despite the fact that this book is co-authored, it flows with relative ease even with the alternating perspectives throughout the book. It has the same lighthearted tone as the Stephanie Plum books, but instead of the murder mystery our main characters are a notorious thief and his FBI handler trying to pull of a daring heist. It's Stephanie Plum meets White Collar and I loved it!

The characters are instantly likeable. Nick Fox, the thief, is now number 10 on the FBI's Most Wanted List and is very swoonworthy. He's definitely a playboy type of guy who uses his looks to get ahead but he's also sarcastic, witty, hilarious, smart and a damn good thief. Meanwhile Kate O'Hare, the FBI agent, is a strong and kickass female. She doesn't pull any punches but she does punch and hard! There is a scene in the beginning of the book where she throws two muscle-bound enforcers through a window. She is tough as nails but she is also smart, savvy, and snarky. Nick and Kate have a great dynamic. They enjoy working together but they bicker a lot and there is a fair amount of sexual tension. In addition to Nick and Kate, I also loved the secondary characters. Kate's father, Jake, who is an ex-military operative who eagerly goes on missions with them. He's obsessed with weaponry and is always packing the heavy artillery was amazing. I also loved the rest of the crew including Boyd a terrible character actor who wants to be true to the character no matter how small the part and Willie their reckless adrenaline junky of a getaway driver.

As far as the plot goes, it was interesting and exciting. It quickly moved from mission to mission, as what seemed like a simple heist turned complicated. Each wrinkle in the plan added more of a challenge for our heroes and I waited to see how they would outsmart their target and pull off their heist.With Janet Evanovich I usually expect a pretty good mystery. In The Chase there was no murder to solve and unlike Ocean's 11 we didn't have to figure out how the theft had occurred, but I was still curious to see how the characters were going to pull everything off. Just when I thought everything was hopeless, they proved me wrong and figured out another crazy scheme to save themselves or get what they wanted. It was definitely a page-turner. There is so much action. And I mean this in the Hollywood movie sense of the word. There are thrilling fight scenes, car chases, narrow escapes from the law, and lots of explosions. It kept me engaged and interested from the first page all the way to the last.

This is the second book in a series that starts with The Heist. I haven't read The Heist, it was actually in my TBR pile, but when I got the opportunity to review The Chase I started reading it immediately. Even though I didn't know the story going into this second book I was able to jump right into the story. They do a great job of catching the reader up to speed. If you follow my blog then you know that I am not usually a fan of first books so it may have been better to start with this one. It was a quick and fun read and I read it in just a few days.

I recommend this book to anyone who is a fan of the Stephanie Plum books, the TV show Blue Collar, heist movies like Oceans 11, or are looking for a fun and engaging read that will keep your interest and take a short time to read. It would be a great beach read. Check the book out and enter the giveaway to win Janet Evanovich swag including an "I <3 morelli="" t-shirt=""> 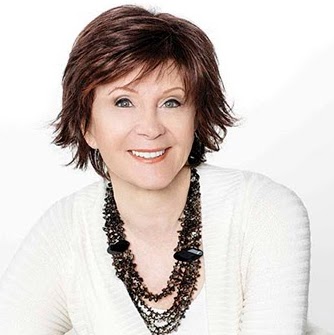 ABOUT JANET EVANOVICH
Janet Evanovich is the #1 New York Times bestselling author of the Stephanie Plum series, the Lizzy and Diesel series, twelve romance novels, the Alexandra Barnaby novels and Trouble Maker graphic novel, and How I Write: Secrets of a Bestselling Author, as well as the Fox and O’Hare series with co-author Lee Goldberg.

ABOUT LEE GOLDBERG
Lee Goldberg is a screenwriter, TV producer, and the author of several books, including King City, The Walk, and the bestselling Monk series of mysteries. He has earned two Edgar Award nominations and was the 2012 recipient of the Poirot Award from Malice Domestic.


a Rafflecopter giveaway http://www.rafflecopter.com/rafl/share-code/MjM1YmFiZTdlYjI3MzI3YWI0NTU3Mjk0OWM3MTIyOjQw/
Posted by My Thoughts.... Literally! at 2:00 PM