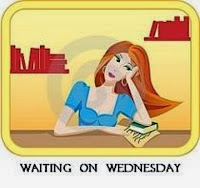 This is my first time taking part in this meme but I wanted to communicate my excitement for an upcoming debut that I've been looking forward to reading for the past few months, ever since I learned about the book. 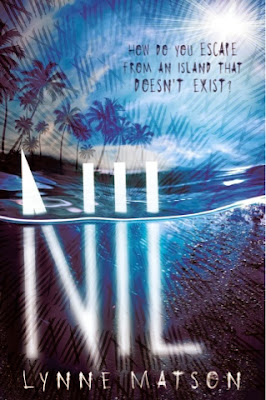 The Book
Nil by Lynne Matson
Published: March 4, 2014 by Henry Holt
Amazon Goodreads
Synopsis: On the mysterious island of Nil, the rules are set. You have exactly 365 days to escape—or you die. Seventeen-year-old Charley doesn’t know the rules. She doesn’t even know where she is. The last thing she remembers is blacking out, and when she wakes up, she’s naked in an empty rock field. Lost and alone, Charley finds no sign of other people until she meets Thad, the gorgeous leader of a clan of teenage refugees. Soon Charley learns that leaving the island is harder than she thought . . . and so is falling in love. With Thad’s time running out, Charley realizes that she has to find a way to beat the clock, and quickly, in this thrilling debut novel by Lynne Matson

Why I'm Excited
I am a huge fan of the TV show Lost. I it was the only show that I would never miss and all my friends and family knew when Lost was on don't bother talking to me because I will either ignore you or yell at you. When I saw the first season I felt like I had never seen anything like it before. The mysterious island, the odious characters with intriguing backstories, the connectedness with one another and the island. I have heard not only from the description but from reviews I've seen of the book that it is a lot like Lost, so already I'm hooked.

But much like my feelings of the TV show, I feel like this book is unlike anything I have ever heard in literature. Teens abandoned on an abandoned island, one year to escape, and mysterious happening on the island. I'm really excited about experiencing this isalnd. I'm also really excited because of all the intriguing teasers the author Lynne Matson has been posting. Lynne and I have been following one another on twitter since December and from time to time she will have giveaways, post island secrets, and offer up information about the book that gets me more and more excited. The book sounds like it is full of action and adventure, romance, and a lot of personal struggle. This is a book that I cannot wait to read.

I won a signed ARC in December from the first #NILtribe giveaway and I've been waiting to read it ever since. If you follow my blog you know that I do themes for each month. So I planning the month of March around NIL. The month will be full of books about island adventure and escape. I cannot wait! It's taken so much self-control to wait this long, but I know it'll be worth it!

So... what are you waiting to read? Have you read NIL? What did you think? Leave mea comment and of course, HAPPY READING!
Posted by My Thoughts.... Literally! at 12:42 PM